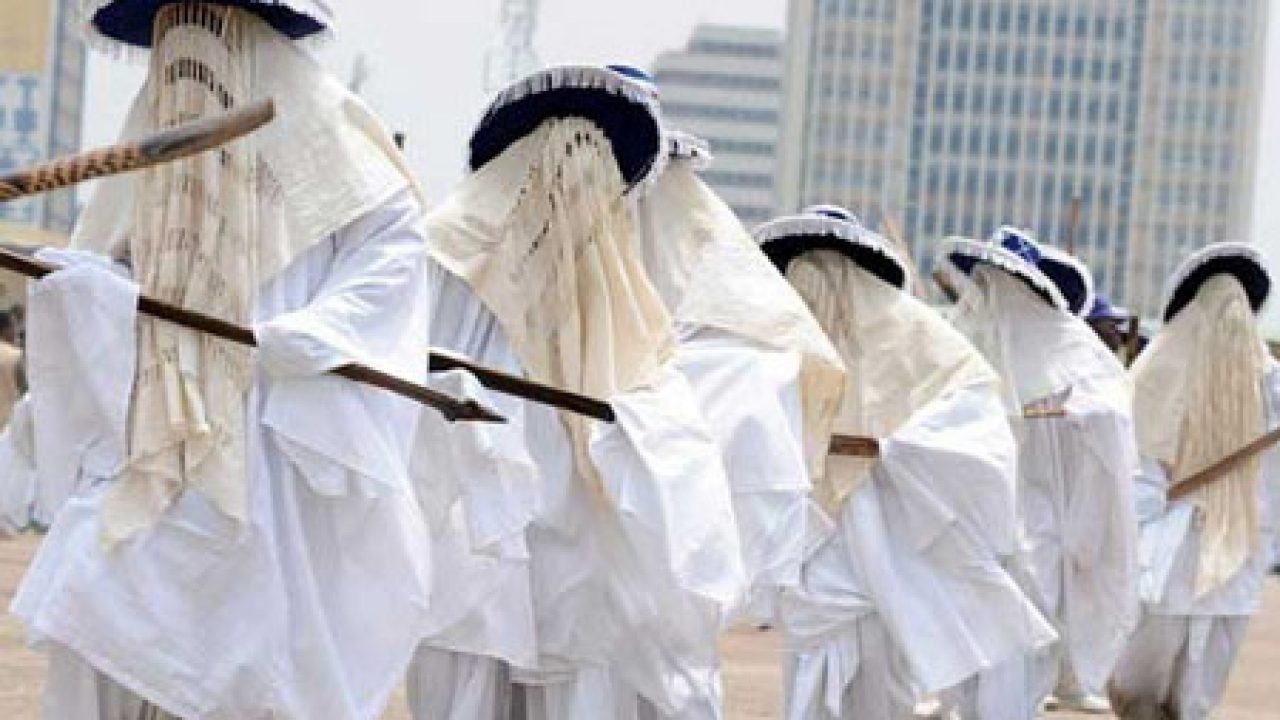 Top festivals in Nigeria – Due to Nigeria’s rich cultural and ethnic diversity, there are so many festivals and carnival celebrations across the different ethnic groups in Nigeria. Due to Nigeria’s diverse heritage, there are several top festivals celebrated in different length and breadth of the country. If you are a lover of arts, culture, traditional festivals and carnivals, Nigeria boast of some of the best collections of cultural festivals in the world.  There really is no finer way to explore and appreciate the magnificent cultural heritage of Nigeria than to participate in the cultural festivals in Nigeria. With plenty of unique cultural festivals to choose from depending on your interest; from Africa’s largest street carnival in Calabar to the worship of the Osun goddess in the Holy Forest of Osun, or see the spectacular white Eyo masquerades in Lagos or experience the harvest of the new yam festival down to the Argungi Fish festival in the north and so much more.

We have carefully selected some of the best cultural festivals in Nigeria that will blow your mind.  The dates for some of these festivals are not fixed while others happen during a particular month of the year, do ensure you look out for the dates so you can schedule and plan accordingly. On your next trip to Nigeria plan to attend at least one of these rich cultural festivals in Nigeria.

List of all the Festivals and Carnivals in Nigeria 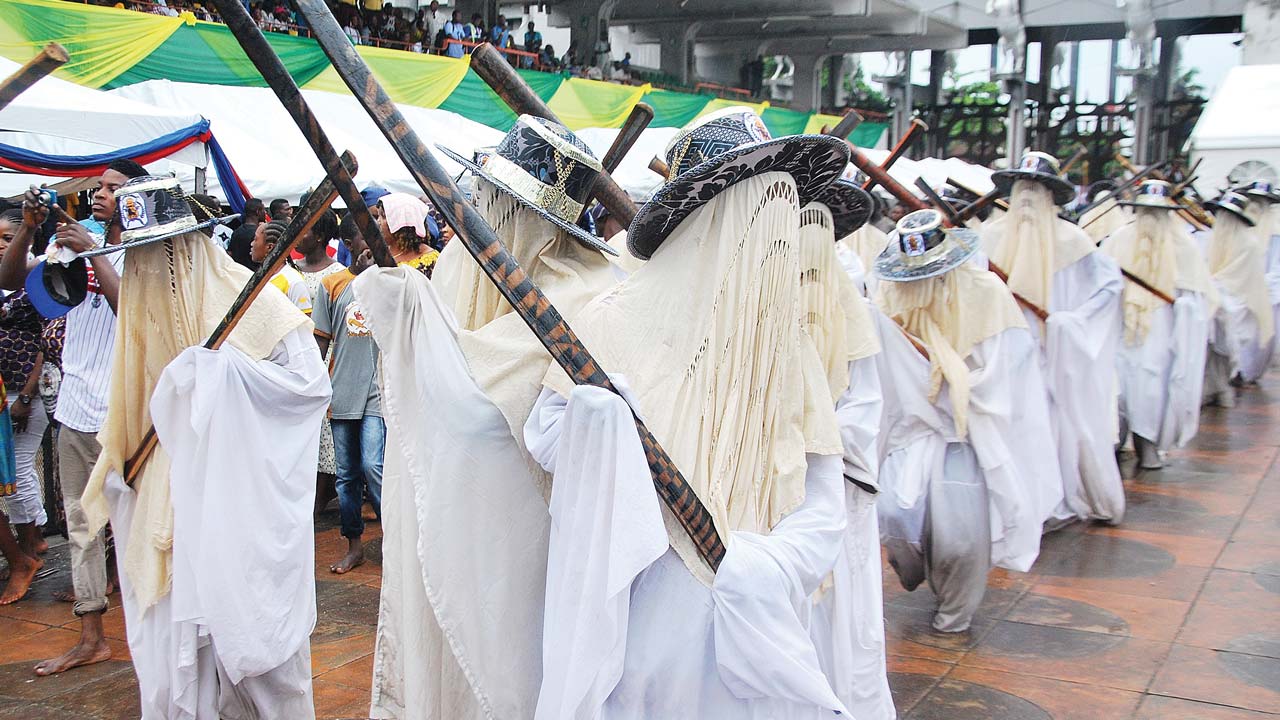 The Eyo festival is one of the most celebrated festivals in Nigeria. It is unique to Lagos State and the masquerades can easily be identified with their white signature robes, a hat and a staff. The next time you visit Lagos, Nigeria, ensure you bear witness to one of Nigeria’s most distinctive and fantastic festivities in Nigeria. It is often called the Adamu Orisha Festival, a festival common to South-West Nigeria, Lagos to be precise, that changes the industrial Lagos Island into a beautiful cultural tourist centre. The festival draws thousands of tourists from all over the world who come to witness and see thousands of the costumed performers and Eyo masquerades performance during the festival.  The parades include dances, performance, chant. rituals and so many cultural sacrifices. Eyo festival is one of the most interesting festivals in Nigeria with thousands of viewers trooping in to catch the beautiful sight of this festival in Lagos. Eyo Festival is firmly considered to be a precursor to the world’s largest carnival, the Carnival of Rio de Janeiro in Brazil.

Date: 1st to 31st December of every year The Calabar Carnival has been nicknamed the biggest street party in Africa. The Calabar Carnival is one of the major carnivals in Nigeria with millions of tourist from Nigeria and abroad trooping in from different parts of the world. When it gets down to incredible performances, no festival can ever outclass this Calabar Festival in Nigeria or Africa. This is the celebration of innovation and culture festival that mixes with the Cross-River State people’s traditional and modern lifestyles. From the long-feathered headdresses, the bright outfits, the hypnotic performers and dance steps from the several performers displaying their skills on the street of Calabar. The festival often starts the street parades and the bands draw thousands of people. May The Lagos Carnival is another top carnival in Nigeria that you should never miss. It is a yearly event organised by the Lagos State Government. It is a colourful festival which is usually held during the Lagos Black heritage festival week. Lagos Carnival is one of the most colourful festivals in Nigeria, just like the Calabar Carnival but slightly different. The carnival was first held during the 19th century by Slaves that returned home from Brazil, Cuba, Liberia etc Even before the carnival kicks off annually, you can already feel the excitement in the breeze. It is often called the Fanti and Carretta the festival showcases the culture, the lifestyle, music and the entertainment in Lagos. Partygoers are seen coming to join this carnival from different regions of the world. You should join this carnival to have all the fun in the world. You get to make new friends and share with family and friends such memorable and satisfying moments. July – August The Osun Osogbo Festival is one of the many festivals in Nigeria with a deep-rooted history dating as far back as hundreds if not thousands of years. If you care to know more about the history of the Yoruba people of Nigeria or want to experience one of Nigeria’s most popular cultural festivals with rich historical benefits, this is a must-attend festival in Nigeria.  The Festival is usually held between July and August of each year. The Osun Festival kicks off at the Osun Sacred Grove at the Osun Sacred Forest of Osun State. A monument that is currently listed in the UNESCO World Heritage Site. The festival witnesses residents and tourists alike coming together to celebrate and worship the Osun goddess. while others come to seek answers or solutions to their problems in a one-week colourful festival to celebrate and worship the river goddess of Osun River in Osun State, Nigeria.

The Sango Festival is dedicated to the god of Thunder. The Sango Festival is held in over 40 countries and is dedicated to the founder of the modern-day Oyo State For almost anyone who has ever been to the Sango Festival, this festival is all about the all-powerful god of Yoruba land. Sango the god of the thunder! As a sort of ritual, this festival has enabled an annual avenue for a home-coming for Yoruba descents in the abroad. This brings back the heritage of the past and honours people’s culture and tradition thus generating wealth and jobs for people. The Sango festival is usually held at the Palace of Alaafin of Oyo. The Sango festival is also another popular festival in Nigeria attracting tourist from different parts of the world.

3rd Day of Eid-el-Kabir The Ojude Oba Festival is a cultural heritage of richness, tradition, myth, and conquest. The front year of the Queen’ is Ojude Oba’s literal meaning. Ojude Oba can be translated as the festival of the King’s Court. The Ojude Oba festival stated in 1892 in Ijebu Ode where the then King of Ijebu Ode signed a treaty with the British Queen and also gave a piece of land to the Christians and the Muslims to build a church and Mosque respectively. In appreciation, the Muslims decided to appreciate his gesture by celebrating a festival to honour him yearly. Ijebu Ode’s people are always returning en masse to pay tribute to the emperor, Ijebuland’s Awujale. This is on the third day of the Ileya Festival (Eid-el-Kabir). This festival involves parades, traditional songs, a show of athletic abilities, and much more.

The Port Harcourt Carnival, which incorporates two carnivals for seven days, a few weeks before Christmas in the city of Port Harcourt; a new Caribbean theme carnival and a traditional carnival transform the’ Garden City’ into a very vibrant one. The Carniriv Carnival is one of the oldest carnivals in Nigeria since 1988.  Carniriv is the largest export of tourism in the Rivers State.

The Ofala Festival occurs in Anambra City. The Obi of Onitsha, Dr. Alfred Nnaemeka Achebe and other local rulers decorated with their red caps and royal regalia with their traditional staff paint the entire place red with their parades and display of wealth and strength. The Ofala Festival is another popular festivals in Nigeria with rich cultural diversity. The festival marks the It is celebrated with rich cultural displays, traditional music, dance, performance and exhibitions. This is another popular festival in Nigeria you should not hesitate to miss. It is often celebrated to commemorate the ascension to the throne or at the peak of the new yam festival.

February or March The Argungi Festival is one of the oldest festivals in Nigeria dated as far back as 1934 to mark the end of the long civil unrest between the Kebbi and the Sokoto Caliphate. The festival is usually done between February and March which allows local farmers to compete for the biggest catch. This is usually the highlight of the festival where the fisherman with the biggest catch will be crowned and celebrated at the festival. You may have seen some interesting water activities around the globe, or possibly have some on your travel bucket list, however, your list may not be complete if you do not add or visited and experienced the Argungu fishing festival. The festival’s enticing aesthetics, the thrilling fans, and the nervous fishermen who are willing to jump into the river to continue their quest for the biggest fish render this festival has to offer. It offers a remarkable and stunning view featuring dance, fish exhibitions, arts and crafts and other stunning activities.

The Durbar festival is celebrated in the Northern Part of Nigeria and it is one of the most colourful festivals in Nigeria with a uniquely designed horse on parade. It is a Royal festival celebrated at the peak of Eid al-Fitr and Eid al-Adha. It is locally known as  Hawan Daushe and it features a royal parade of thousands of horsemen in their full garments and regalia riding across the street from the Palace of the Emir. This festival features performances from trumpeters, singers, drummers, wrestlers, performers and stunts. Apart from the display of horses, the Durbar festival also displays several exotic animals like donkeys, hyenas, snakes, camels etc

Other Notable Festivals in Nigeria