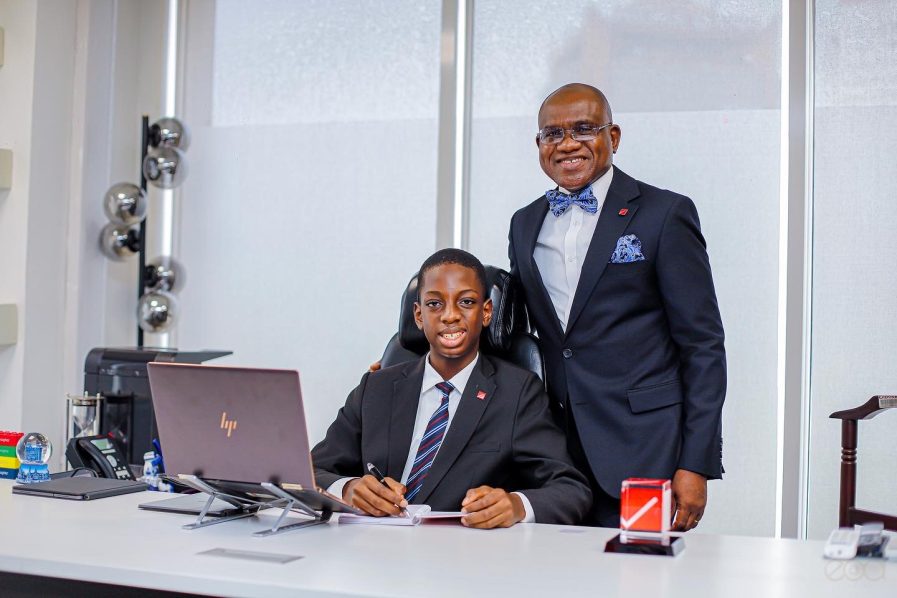 Coming on the heels of its successful Back-to-School campaign, United Capital Plc, one of Africa’s foremost investment banks and financial services institutions, announced 11-year-old, Pharez Obioha, as winner of its first ever, ‘A Day as CEO’ initiative.

An offshoot of the campaign, the initiative was created as one of the schemes to reward the best performing participants of United Capital Plc’s ‘Money Savvy Kid’ financial literacy workshop for children. The workshop was inspired by the need to teach children fundamental money management skills at a young age in order for them to become financially responsible adults in the future and help our economy grow.

As the competition’s first-place winner, Obioha was given the unique opportunity to serve as CEO of United Capital Plc for one day.

In his new role, he was given an exclusive tour of the company’s headquarters in Lagos, where he met with executive management and had a meet and greet with employees.

In addition, a prize presentation ceremony was held at the same location, where he was presented with a N150,000 cheque to be invested in his United Capital Education Trust account, an investment fund primarily focused on the welfare of children.