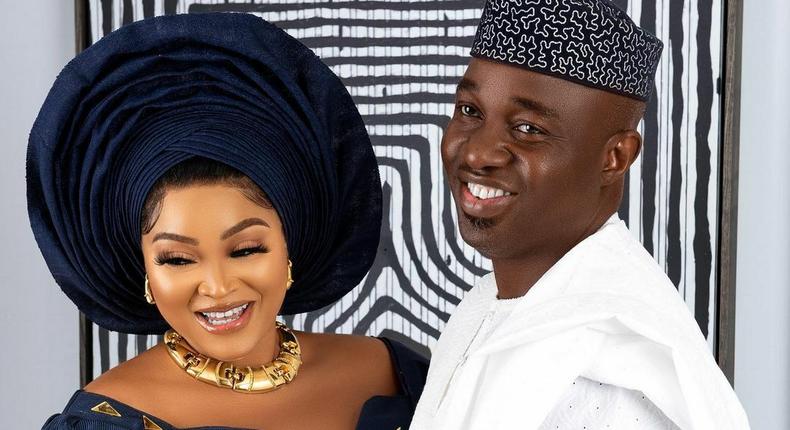 Nollywood actress Mercy Aigbe has released a video from what many have described as footage from her traditional wedding to Kazim Adeoti.

The mother of two took to her Instagram page on Monday, January 24, 2022, where she shared the video.
She captioned the video with several emojis with wedding vibes.

Aigbe had earlier hinted about their marriage when she shared a photo of herself and Adeoti and addressed herself as ‘Haija Adeoti.’

Aigbe only recently revealed that Kazim Adeoti and herself are officially an item. Adeoti is a businessman with an interest in the entertainment industry.
According to several reports, he is married with children. 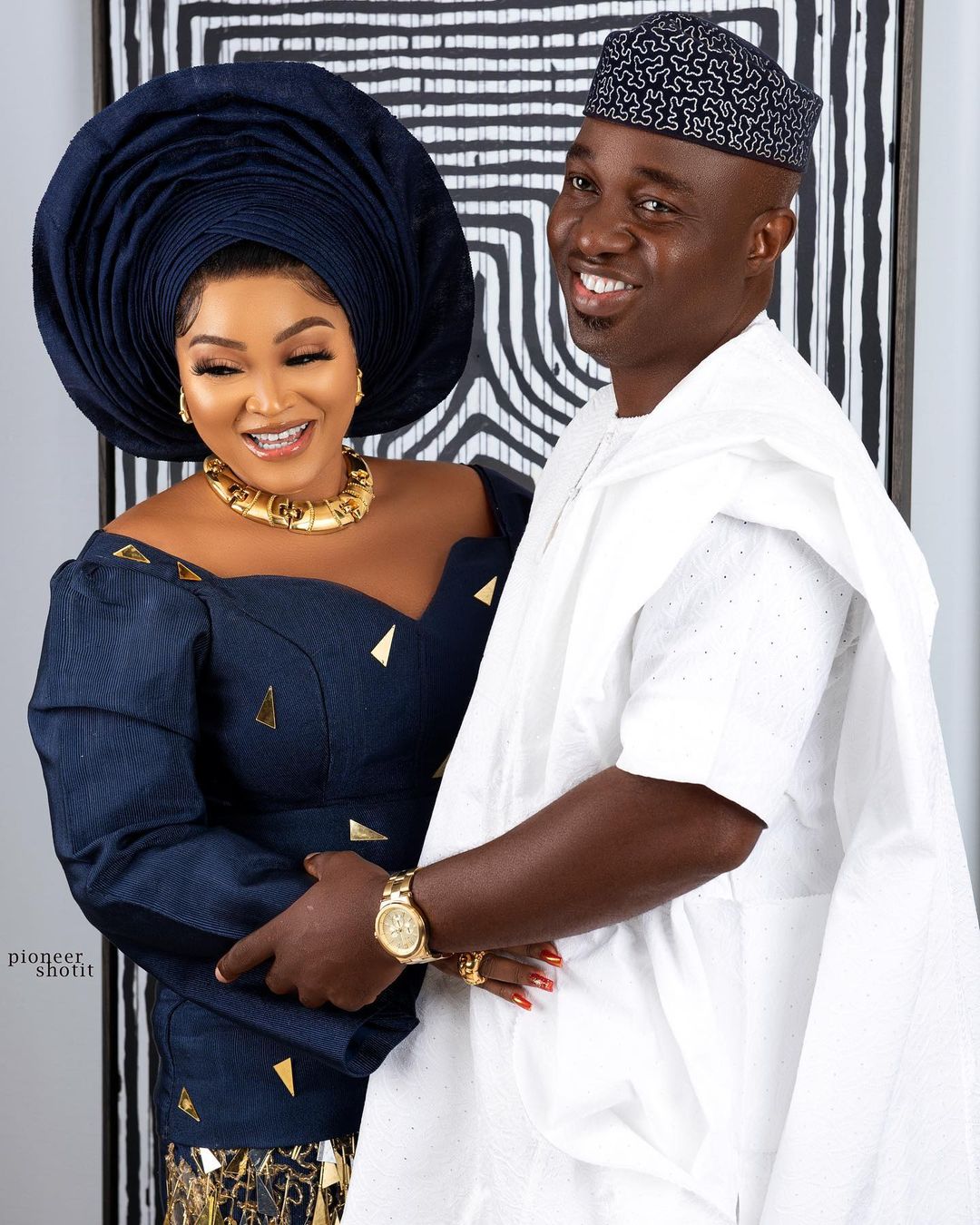