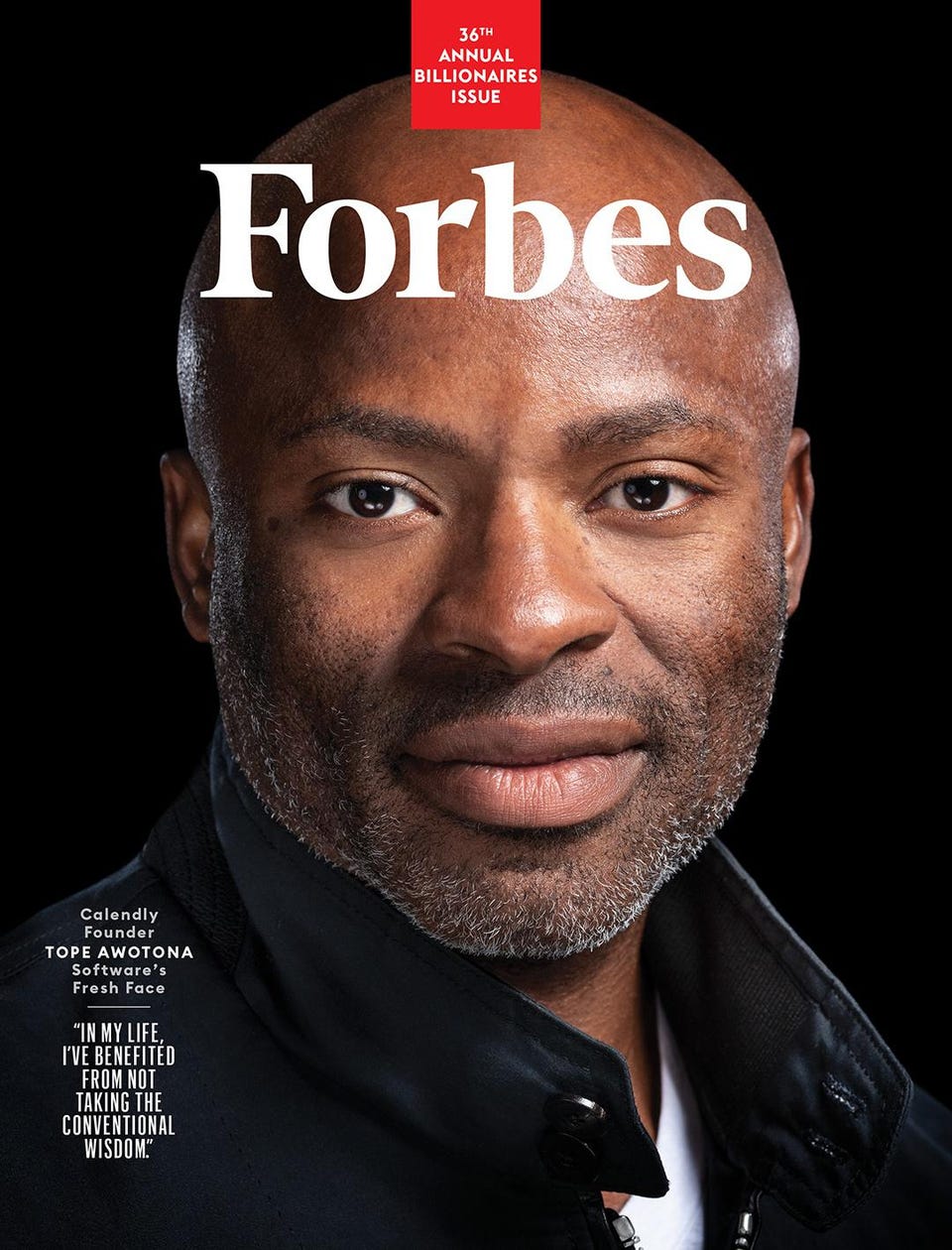 On the cover of the 36th edition of Forbes’ Billionaires Issue this year is Nigeria-born Tope Awotona, the founder of Calendly, the scheduling app that is now worth $3 billion. Last year alone, Calendly made $100 million in revenue, double what it booked the previous year; it was also the year the company raised $350 million in funding from OpenView Venture Partners and Iconiq Capital, leading to its current valuation.

Awotona started the company in 2013, putting in his $200,000 live savings in it. “It could’ve gone really badly,” Awotona told Forbes‘ Amy Feldman. “With my previous businesses, I hedged my bets a little bit and gave myself a way out. With Calendly I flew into a war zone and put in every cent I had. If you’re going to do something, you have to go all in,” he added.

Today, his majority stake is worth $1.4 billion, according to Forbes. This is after the 10% discount that Forbes applies to shares of all private companies. This makes Awotona just one of two Black tech billionaires in the United States.

David Cummings, founder of Atlanta Ventures, who led a $550,000 seed investment in Calendly seven years ago, opined that “Tope could be the most successful African-American tech entrepreneur of his generation.”

Awotona spent the first 15 years of his life in Nigeria, and moved to Atlanta with his family in 1996. He started out studying computer science at the University of Georgia, then he switched to business and management information: “I loved coding, but it was too monotonous. I’m probably too extroverted to be a coder,” he said.

Afterwards, Awotona sold software for tech companies before venturing into entrepreneurship: he started a dating website; a business that sold projectors; and another business where he sold garden tools. “All three were flops,” the Forbes report said.

The idea to start Calendly came from Awotona’s frustration trying to set up meetings as a salesman. “The obvious idea to me was that scheduling is broken,” Awotona said. He then launched the company from Atlanta Tech Village, a co-working hub for entrepreneurs. Today, the 424-person company works fully remote, a move Awotona made last summer. 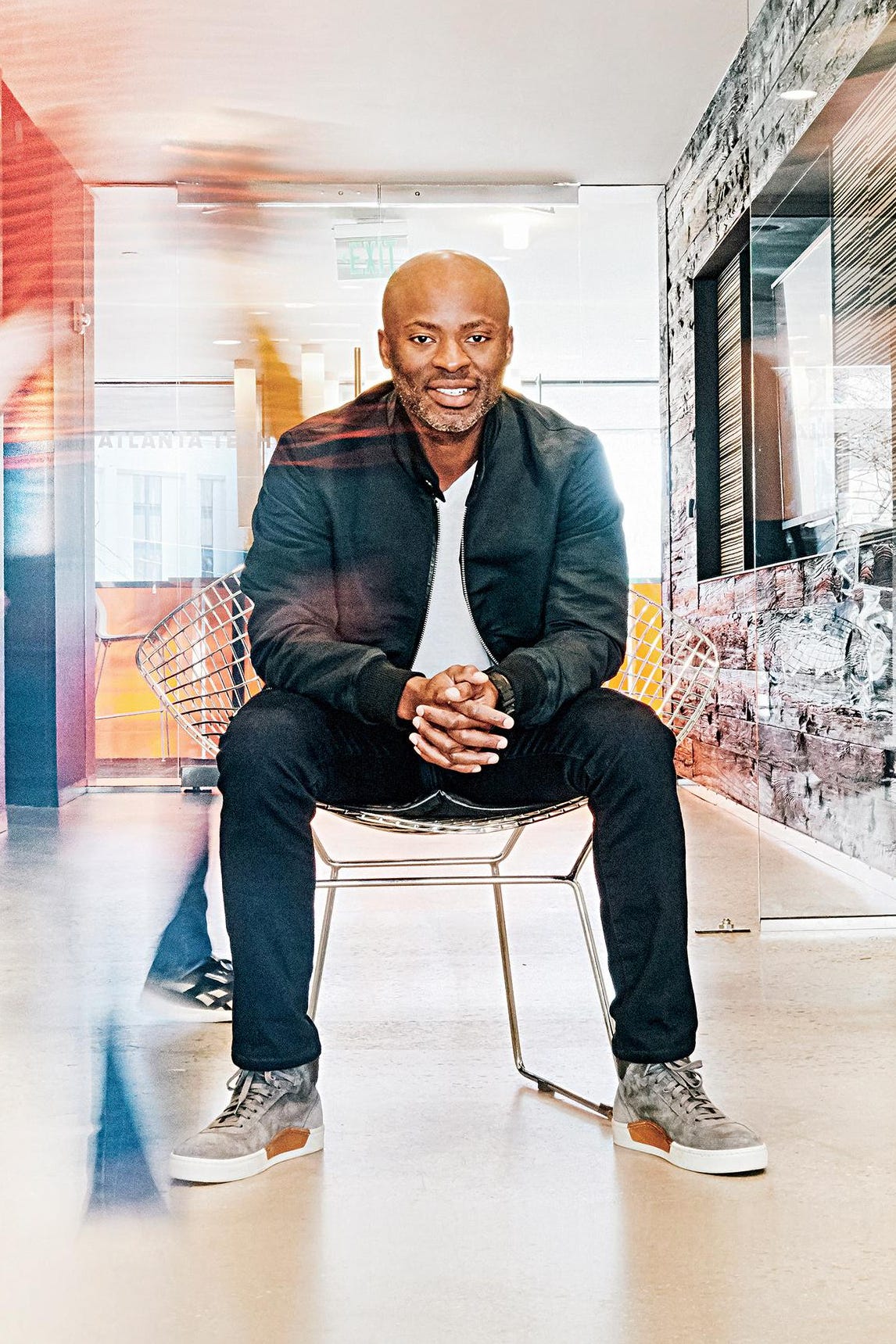 Calendly is free for individual users, but costs corporations around $25 per user per month. “Employees sing the praises of our product to their higher-ups and it bubbles up. That’s the Trojan horse of how we get into companies,” Awotona told Forbes.

Beyond scheduling meetings, Awotona is adding features to help people manage meetings before and after they occur.

“The opportunity to make each meeting efficient and achieve its stated purpose is what we’re about. We see scheduling as an opportunity to set the meeting up for success—how you schedule the meeting, simplified preparation and follow-up. That is our grand vision,” Awotona said.