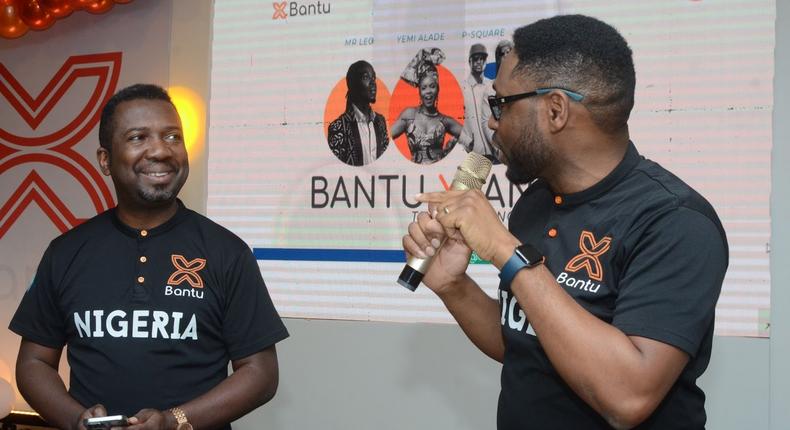 The Bantu Blockchain Foundation, Friday 21st January 2022, unveiled its first Brand Influencers at the Bantu Xpansion programme that was held in the city of Lagos, Nigeria – Africa’s commercial nerve center, signaling a landmark moment for the promotion of the blockchain ecosystem in the continent.

The Bantu Xpansion initiative, which first officially launched in Ghana, on 15th January, 2022, is an extension of the efforts put together by the Bantu Blockchain Foundation, to establish its presence across Africa, in a bid to impact the continent.

Initially launched in Lagos back in December 2020, Bantu accomplished a remarkable amount of milestones accentuated by 3 major community hangouts in Lagos, Abuja and Port Harcourt in the year 2021.

Thanks to the hard work of an all star team of Africans, the Bantu Blockchain Ecosystem aggregates several services on the blockchain network, featuring easy to adopt tools like the ecosystem BantuPay wallet, a network dashboard, a blockchain explorer (an analytic search engine), a ‘laboratory’ for developers, a community forum, as well as a one click digital token generator.

Speaking at the launch, the founder/CEO, Bantu Blockchain Foundation, Mr. Ernest Mbenkum, said that the overall aim of the initiative is to pilot Africa’s economic evolution.

He said, “This is the beginning of something incredible. My team members believed in the creative ideas and transformative perspectives that I had for a long time. After a period of building and establishing a community in Nigeria we decided to kick off our 2022 expansion phase with Ghana.

”As you can imagine, Ghana was the first country to achieve colonial Independence in Africa. When you look at our logo, the Adinkra symbol shaped like an X is a Ghanaian symbol meaning Independence. And freedom comes with responsibility. Underneath that symbol is the word Bantu. Bantu means people of humanity. So, we are empowering humanity.

Blockchain is a technological innovation with a heavily decentralized format that allows one to store and manage data securely. It ensures the fidelity of data stored, without the need of a third party. They are best known for their role in the cryptoverse, helping to maintain a secure and decentralized record of transactions.

With the rate of adoption growing, Africa can benefit from the use of blockchain technology to facilitate cross-border transactions, which will help reduce the high cost of remittances, enable access to financial services, ensure privacy, create jobs, unlock liquid from illiquid assets, improve the business environment and foster healthy competition, among others.