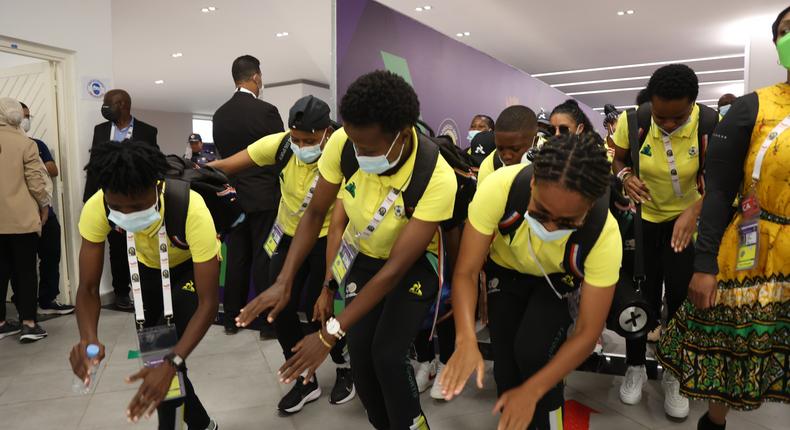 Banyana Banyana of South Africa have been crowned champions of the Women’s Africa Cup of Nations for the first time.

🏆 | South Africa are champions of the #WAFCON2022 after defeating host nation #TeamMorocco 2 – 1 .

Their first ever #WAFCON trophy after finishing as runners-up in recent years.

Hildah Magaia was the heroine of the evening as South Africa survived a late fight back to beat Morocco 2-1 in the final on Saturday night at the Prince Moulay Abdellah Stadium in Rabat.

Despite a late onslaught from the Atlas Lionesses, South Africa’s Banyana Banyana held on for the win to put an end to their long wait for the WAFCON title. With both teams looking for a historic first WAFCON title, it was South Africa who stepped into the Prince Moulay Stadium as the favourite.

However, it was the host, Morocco, who would go on to dominate most of the game on the night.

Both teams had chances to open the scoring but the opening 45 minutes provided no entertainment in terms of goals. After the break, the Atlas Lionesses continued from where they stopped but there was still no breakthrough.

But two goals in the space of eight second-half minutes completely turned the game around in favour of South Africa.

Just after the hour mark, Magaia broke the deadlock to put South Africa ahead. She doubled the advantage eight minutes later to make it 2-0.

Morocco did find a way back into the game when Rosella Ayane pulled one back to make it 2-1 and ensure a tense final 10 minutes.

In the end, it was heartbreak for the Lionesses as Banyana Banyana held on for their first-ever WAFCON win.