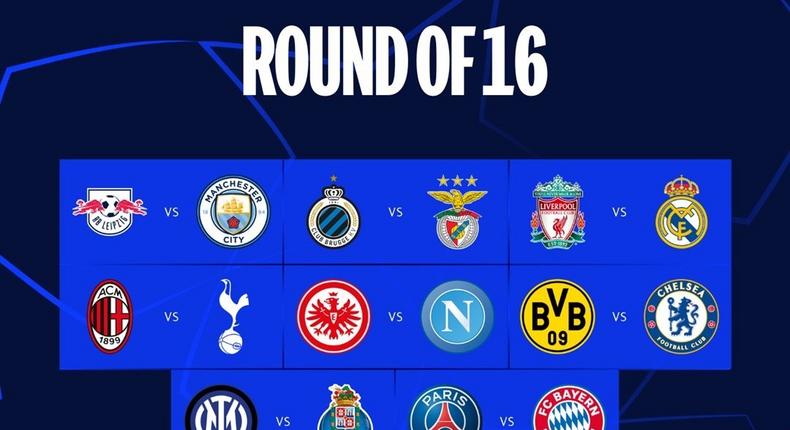 Following the completion of the group stages, draws have been held for the 2022/23 UEFA Champions League round of 16.
Monday’s event which took place in Nyon produced some very exciting ties for the next stage of the competition which has so far, seen 304 goals scored in 96 matches (3.17 per game). 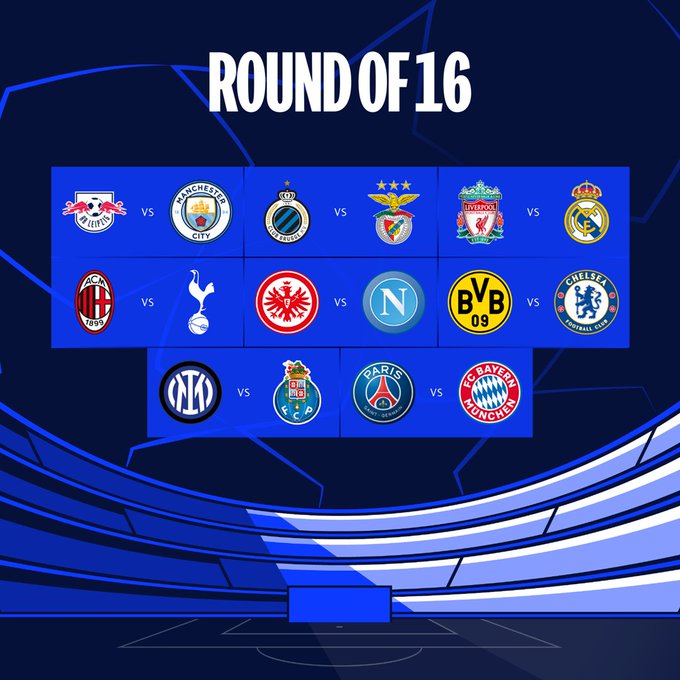 What are the Round of 16 pairings?

What is the date for the round of 16?

All group winners are guaranteed to be at home in the second leg, with group runner-ups, hosting the first legs of their round of 16 ties.

When will the quarter-final draw be held?

The draw for the quarter-finals, semi-finals and final will take in Nyon on Friday, March 17. How do the knock stages work?

Following the removal of the away goals rule, all ties that are still level after 180 minutes will go to extra time irrespective of the number of goals each team has scored at home and away.

If both teams still find it difficult in finding a winner after 30 minutes of extra play, the match will be decided by a penalty shootout.