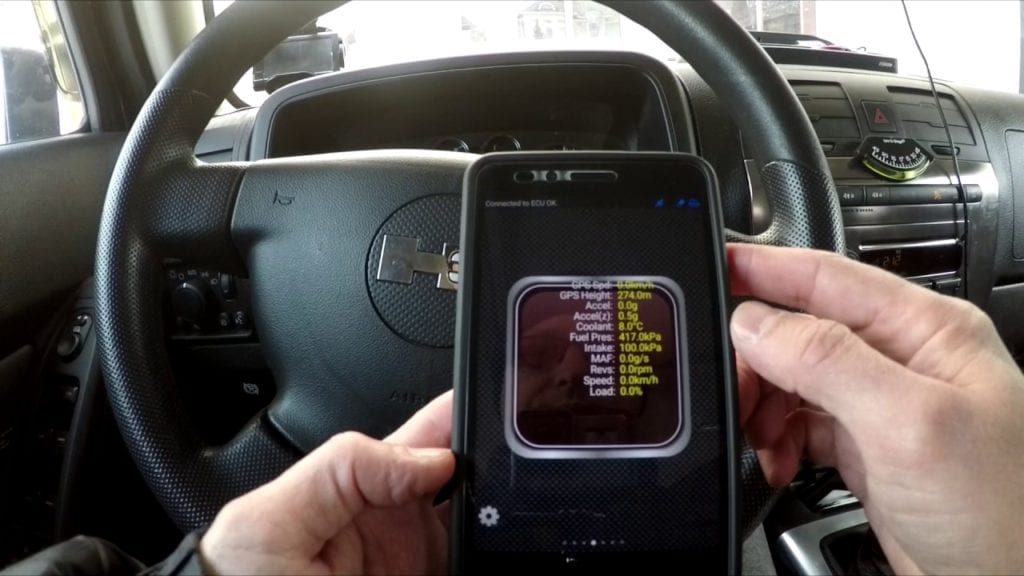 While the cars of the future may be electric AI-driven beasts, most cars today could still use a fair bit of an upgrade. It’s not that there aren’t highly luxurious high-tech cars on the market, but most people can’t afford them. Plus, there are still some quality of life add-ons that couldn’t hurt. After all, convenience is king when it comes to hitting the open road.

So to give everyone’s rides a little tech bump, here are five top-notch gadgets that would do the trick. These smart tools can provide vital vehicle information, add to overall safety and maneuverability, and prevent unnecessary frustration. The best part? None of them will burn a hole in anyone’s budget.

So stop eyeing that expensive new car and add these useful upgrades to make the old one feel brand new instead.

Many cars now come with parking sensors installed, but those that don’t have this special feature can still get it manually. There’s a whole range of sensors to choose from that will fit pretty much any vehicle.

Stick the sensors to the back of the car and place the buzzer somewhere on the dashboard. Fancier options that come with a camera and a screen that can also be mounted on the dashboard are also an option.

Most car models from 1996 and on have something called on-board diagnostics II, which provides technicians with data about the car. This system is used to gauge the overall state of various components in and on the vehicle and statistics like its mileage and fuel consumption.

Usually, only manufacturers and mechanics are privy to this sort of information. But with an adapter and app like the ones from OBD Auto Doctor, drivers can access various bits of data. Use it to diagnose engine problems before heading to a mechanic, see fuel consumption, routes and distances driven, and send crash notifications to friends or family.
To access all of this, plug the adapter into the OBD-II port, download the app, and get going.

While entertainment and navigation control systems are pretty standard on most new cars these days, they aren’t all created equal. Usually, the interface and capabilities that come with these types of systems aren’t too great. Many drivers prefer using something like Apple CarPlay or Android Auto instead, but not all systems support those platforms.

Thankfully, it isn’t too hard to swap out the existing system (or lack of it) for one that supports either or both. Media receivers like the Sony XAV-AX5000 support both and provide a seamless experience. But there are cheaper and more expensive models around, so do some research to find a good fit.

Keys are probably – and unfortunately – one of the easiest items to misplace. Skip all that searching and anxiety and get a key tracker that connects to a mobile app instead. Most work via GPS, showing where the item is located in proximity to the phone.

Like the ones from Tile, some key trackers also make a little sound at the push of a button. Plus, these work great for just about anything, not only car keys.

Tires can be such a tricky area. It’s incredibly hard to tell when one’s going flat slowly and thus making the car heavier on fuel. Flat tires are easy to miss, especially if it happens on the passenger side and the driver doesn’t look at that side often.

High-end vehicles generally come with a sensor that warns the driver if a tire has low pressure. This feature can be added manually to any car that doesn’t have it, however, with something like Nonda’s ZUS Smart Tire Safety Monitor.

Plug the monitor into the car’s USB plug, and replace the valve caps on the tires with the ZUS sensors. Easy! Then download the app and get notified when any tires are deflating over time or when a tire’s pressure gets critically low.

Introducing some more nifty tech into the driving experience can be exciting and rewarding, but keep in mind that it can also be dangerous. Don’t add too many distractions, as the road should still stay the main focus.

Also, keep in mind that adding new tech sometimes means adding new problems in the form of cyberattacks and hackers. Many smart devices aren’t secure enough to withstand outside interference just yet, especially when connected to public Wi-Fi while away from home.

So make sure to use a VPN service to protect the devices in the car from outside meddling. A VPN is a tool that encrypts a network connection with a strong algorithm that ensures outsiders can’t break in and steal anything or introduce malware.