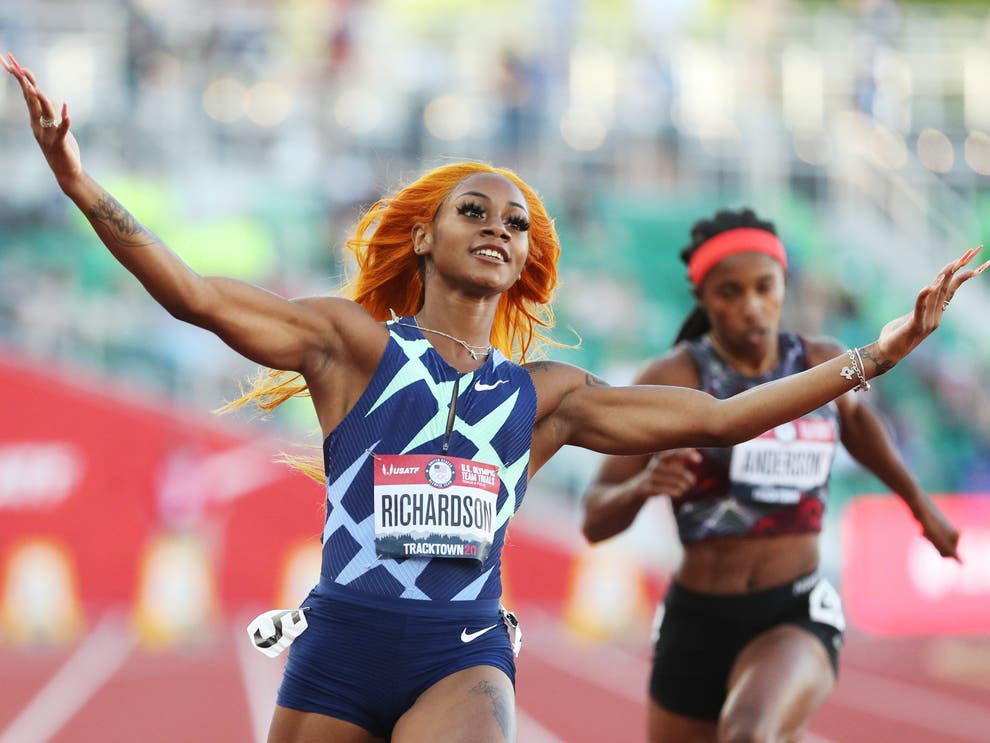 Banned sprinter, Sha’Carri Richardson won’t be competing in the Tokyo Olympics at all this summer, after USA Track and Field decided not to include her in its lineup in the wake of her one-month suspension over positive test for marijuana.

The 21-year-old, who won 100m at the US Olympic trials in June, was expected to be one of the biggest stars at the upcoming Tokyo Games. But last week the USATF announced the runner would be suspended for a month after the drug test.

On Tuesday, the US track body announced the 21-year-old wouldn’t make the roster for the relay because of the drug test, ending her Olympic hopes.

“While USATF fully agrees that the merit of the World Anti-Doping Agency rules related to THC [a chemical in marijuana] should be reevaluated, it would be detrimental to the integrity of the US Olympic Team Trials for Track & Field if USATF amended its policies following competition, only weeks before the Olympic Games,” the organisation said in a statement on Tuesday.

“All USATF athletes are equally aware of and must adhere to the current anti-doping code, and our credibility as the National Governing Body would be lost if rules were only enforced under certain circumstances.”

In an interview on Friday with the Today Show, Ms Richardson said she used marijuana, which is legal in Oregon, to cope with the recent revelation during an interview that her biological mother was dead, which left her “in a state of emotional panic.”

“Right now, I’m just putting all of my energy into dealing with what I need to do to heal myself,” she said on the show last week. “If I’m allowed to receive that blessing, then I’m grateful for it. But if not, right now, I’m going to just focus on myself.”

“I want to take responsibility for my actions,” she added. “I’m not looking for an excuse.”