R Kelly’s victim Azriel Clary has revealed she lied about ‘everything’ in her 2019 interview with Gayle King after the R&B singer allegedly coached her on how to answer questions. 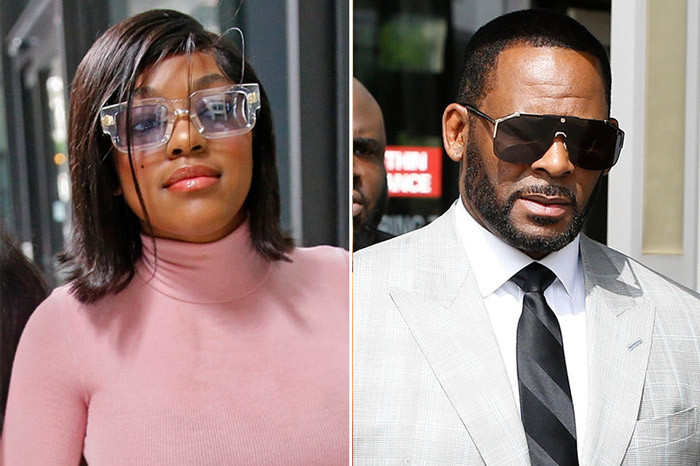 The now-23-year-old told Gayle King on CBS News: ‘Before the interview he had us practicing every single day… answering questions. And if he didn’t like our answer he would tell us exactly what to say and how to say it.

‘Any time you mention anything about sexual preference we already know to say: “I’m not here to talk about any of that.”‘

In the previous interview when she first appeared on the show in March of 2019, the then 21-year-old said: ‘First of all I’m not here to talk about my personal life and I would never share with no one what I do in or outside of the bedroom,’ she said.

At the time, she had been living with R Kelly for nearly five years. She also considered herself his girlfriend and was a loyal advocate claiming the sexual assault allegations against her lover weren’t true.

‘You guys don’t know the truth. You guys are believing this f***ing façade that our parents are saying. This is all f***ing lies for money,’ Clary said two years ago.

Clary told King that Kelly told her to be angry.

‘I was scared because I was like: “I don’t want the world to see me this way…” I’m loving, I’m caring, I’m compassionate. No one got to see that side of me,’ Clary added as she fought back tearsShe claimed that after the 2019 interview, when she went back to Kelly’s apartment, ‘he was so happy’.

‘He was like: “You guys did amazing… You did so well, you carried yourself so well,”‘ Clary recalled.

‘I believe he even got food and wanted to celebrate, that’s how happy he was with that interview,’ she added.

But during her new interview with King since testifying against her ex-lover in court, she said that their relationship was abusive.

‘He was very good at manipulating the situation,’ Clary said. ‘Everything that we had been living in had become very normal and I had to break out of that. I had to realize that this was actually abnormal.’

She testified that the assaults began when she was just 17 and the R&B singer sexually and physically abused her, including coercing her into having an abortion.

Clary said she normalized the abuse because she saw other, older women, plus Kelly’s assistants, workers and security team, experiencing the same and not speaking up.

She said Kelly had four other girlfriends while they were in a relationship.

‘So me, being very young at that time, I just learned to normalize it,’ she recalled, adding that there was nothing anybody could’ve said or done to help her escape the abusive situation earlier.

‘A lot of people don’t realize – with victims, the more you try to help them, the more it upsets them sometimes,’ she said.

On Monday, September 27, the singer was found guilty of all nine counts of racketeering and sex trafficking by a federal jury where prosecutors accused him of exploiting his stardom over a quarter-century to lure women and underage girls into his orbit for sex.