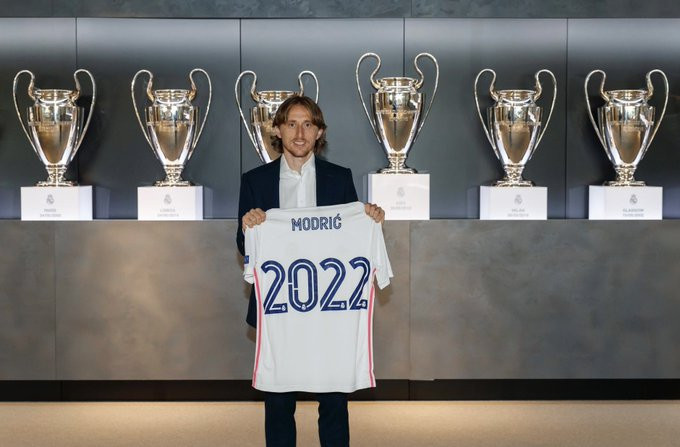 The former Tottenham midfielder, who joined in 2012, has enjoyed a successful nine seasons in the Spanish capital, winning 12 major honours for Los Blancos including four Champions Leagues.

The Croatia International, 35, has played 48 times for Zinedine Zidane’s side this season and featured in all four of Real’s Champions League quarter-final and semi-final ties against Liverpool and Chelsea.

The club confirmed the news in an official statement on Tuesday May 25, which read: “Real Madrid CF and Luka Modri? have agreed to extend the player’s contract, which remains with the club until June 30, 2022.”

“You shouldn’t look at the age, it’s all about how we perform on the pitch, regardless of age. I’m still hungry for more, to continue playing at the highest level and I feel great.

It will be his 10th season at the Bernabeu.

You Want To Be The Next Davido or Wizkid? All You Need To Know About Naija Star Search