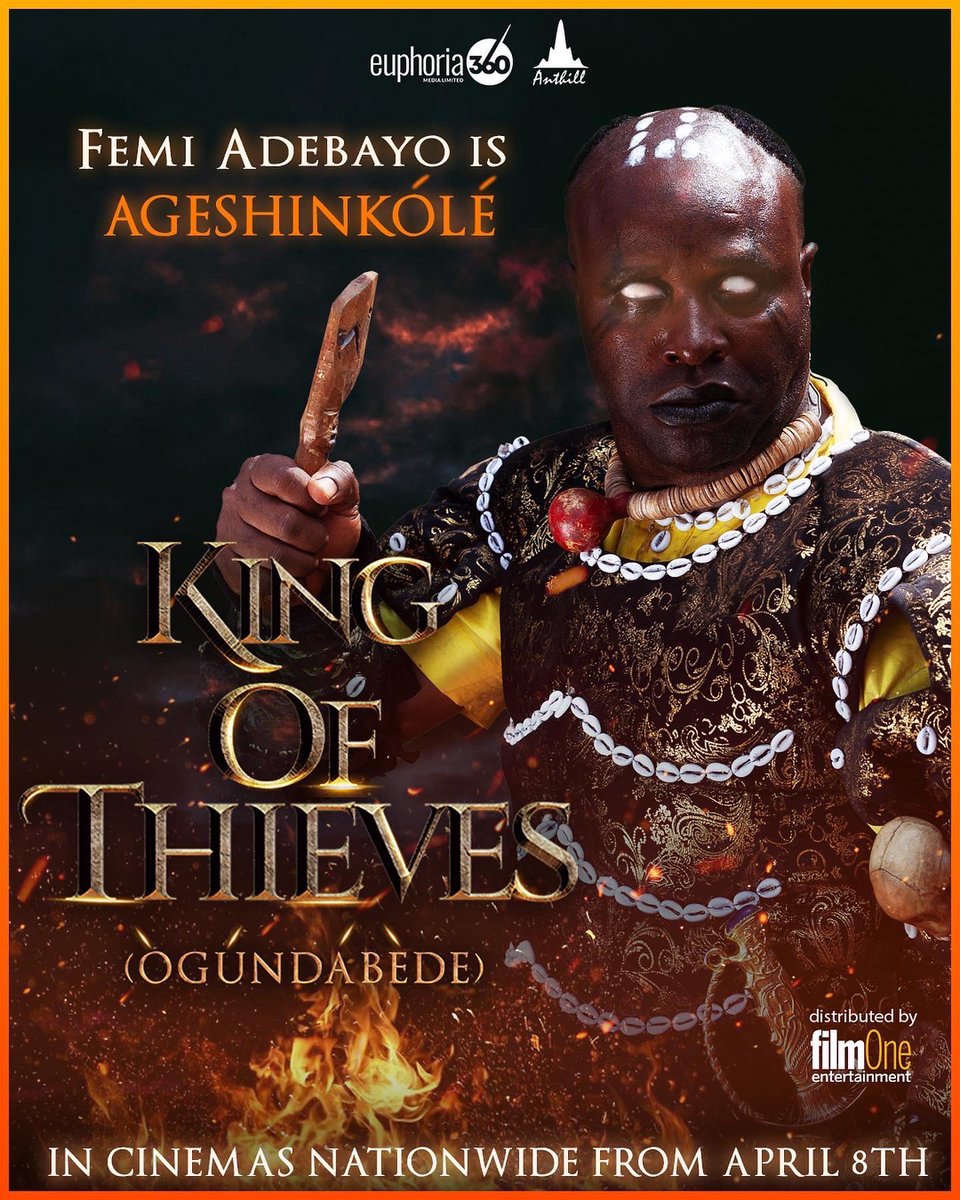 Following the studio partnership deal between Niyi Akinmolayan‘s Anthill studios and Femi Adebayo‘s Euphoria 360 on the release of large-budget Yoruba epics, the official trailer for their first collaboration, “King of Thieves (Ogundabede),” has premiered.

As part of this new agreement, the studios will collaborate on a number of projects that will be shown on the big screen as well as on various ancillary platforms.

King of thieves (Ogundabede) is an epic tale of the Kingdom of Ajeromi, which is being terrorized by a band of thieves led by an all-powerful bandit named Ageshinkole.

Concerned by his pillaging, the kingdom moves to destroy him, through the hunters, witches and priests, thus beginning this adventurous saga of revenge, bravery and glory. 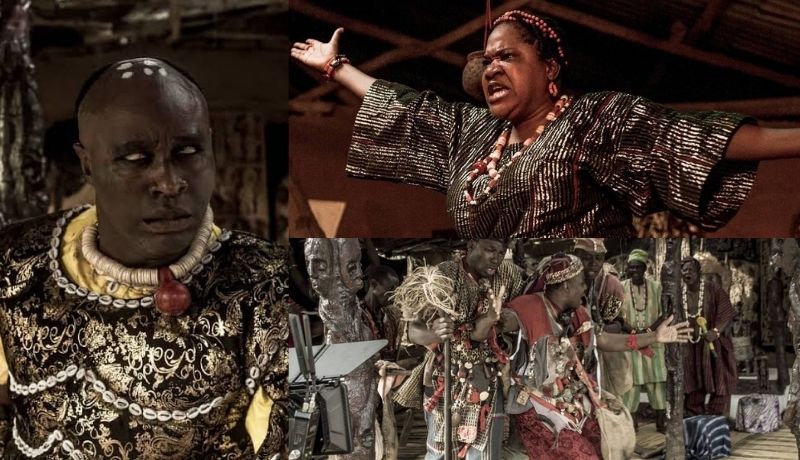 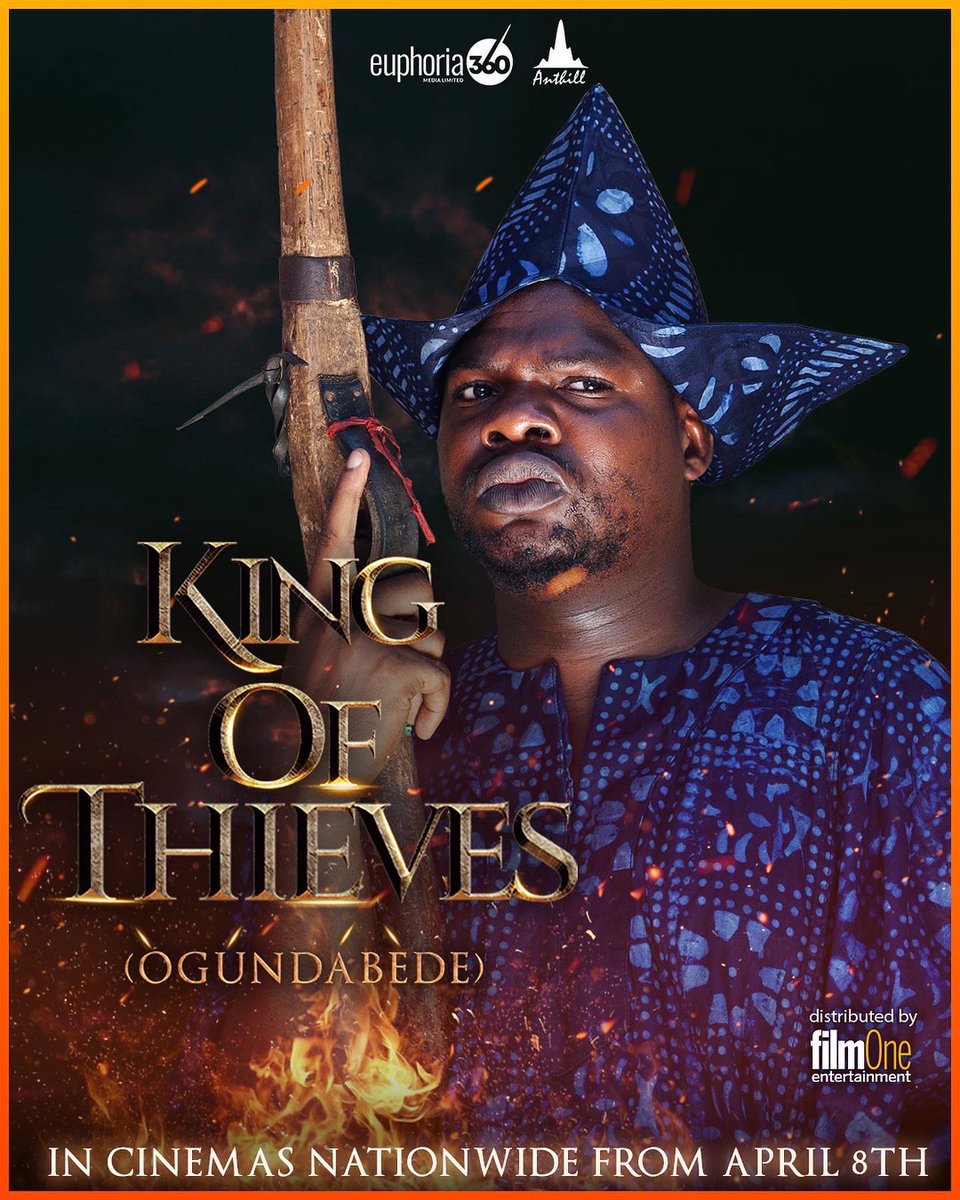 Speaking on how this partnership was birthed, what makes it crucial at this time and why it marks a new milestone for the next generation of Nigerian movies, Niyi Akinmolayan, Founder of Anthill studios shared this with Shockng,

It is important for the industry to scale. There is no industry in the world where scale happens without collaboration.

And when this collaboration happens, both parties have understood where their strength lies and must set out to then combine these strengths to not only push boundaries but break old milestones and achieve new ones to inspire the next generation of creators.

The beginning of this partnership struck off from working with Femi Adebayo in the movie “Progressive Tailor’s Club” and other amazing Yoruba actors I worked with in “Prophetess”.

I’ve always loved Yoruba actors and the nature of their stories.

Now that I’m co-producing with Femi Adebayo to create a new slate of projects like this, the nature of how to scale it up excites me a lot.

Anthill never fails to deliver technical and creative expertise, we are also good with marketing, post-production, delivery on budget and VFX. Our partners, Euphoria 360 on the other hand has the access to the trove of Yoruba stories with actors, location and everything that makes the story works including their fan base.

All of these combined resources and more is what makes this partnership a solid one and we are happy to showcase our first project off from this slate named “King of Thieves.

The principal shooting for King of Thrives was completed in 30 days and was filmed on location in the state of Oyo in Nigeria. The movie will be shown in theaters on April 8, 2022, with Film One as the distributor.

Watch the trailer below: