Christmas in Miami, the latest film in the Akpos franchise created by comedian Ayo Makun, has raced to N100.7 million in its opening week at the box office. 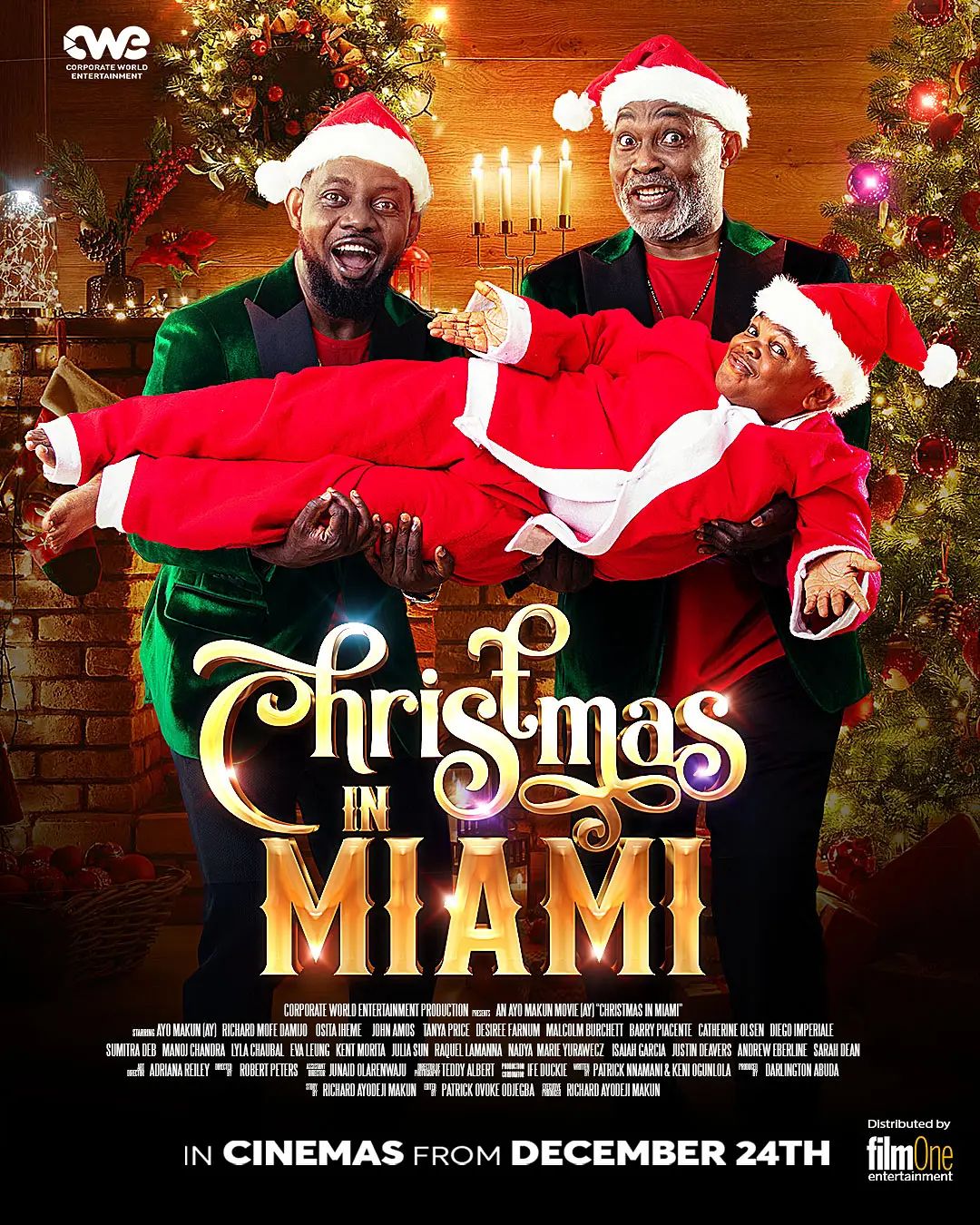 The comedy film made a total of N100,695,675 as its 7-day gross, according to figures compiled by the Cinema Exhibitors Association of Nigeria (CEAN).

The film’s performance is the best opening of any Nollywood film this year, and finished the week second only to Disney’s Spider-Man: No Way Home which ended its second week in Nigerian cinemas with a 7-day gross of N172.3 million, and N451.4 million in total.

The Aki and Pawpaw nostalgia project by Play Network Studios finished the week in third place, sweeping N29.7 million at the box office to end up with N80.4 million after two weeks of screening.

AY’s Merrymen: The Real Yoruba Demons (N235.6 million) and Merry Men 2: Another Mission (N234.5 million) nets him a total of five films in the Top 15 list of highest grossing Nollywood films of all time.

Christmas in Miami has already sailed all the way up to 19th position with its opening week performance and should hope to reach the highs of Funke Akindele’s Omo Ghetto: The Saga which became the highest grossing Nollywood film of all time this year with a total box office return of N636.1 million.

Omo Ghetto made N98.5 million in its opening week following a December 25, 2020 release.

Christmas in Miami stars AY, Richard Mofe-Damijo, and Osita Iheme as a family at the Intercontinental Christmas Fiesta competing against other families of diverse backgrounds on an exotic island in Miami.