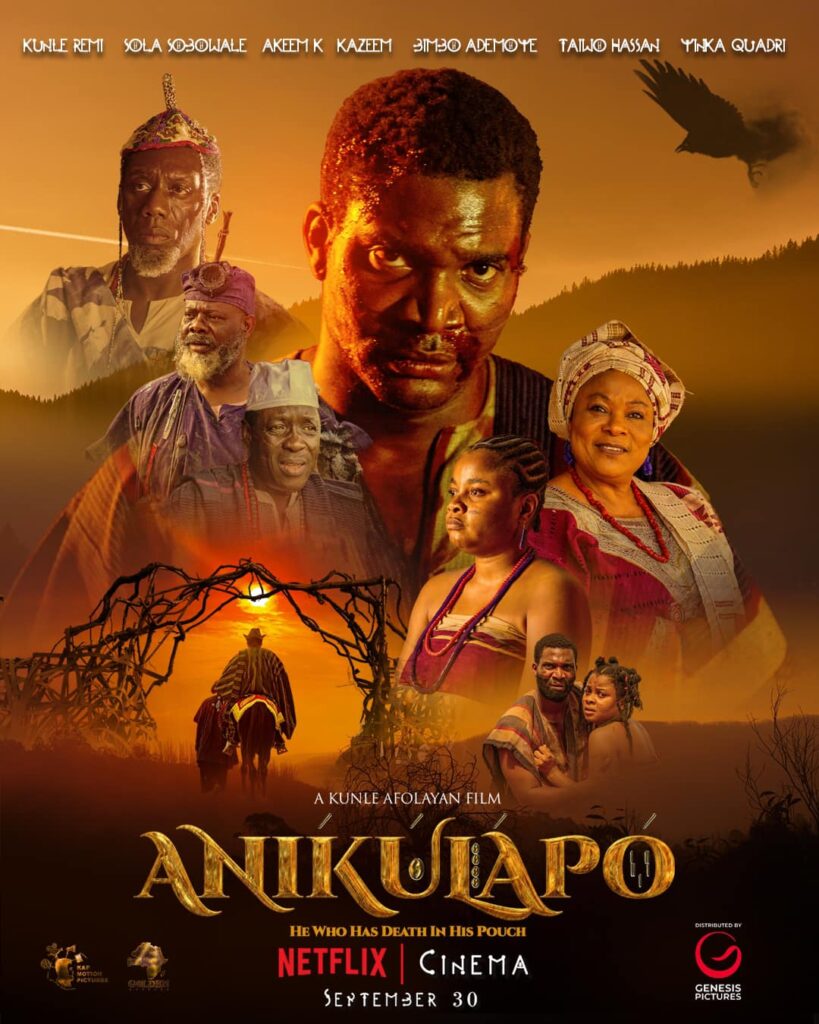 Since its release just 11 days ago, a weekly top 10 list of the most watched movies by Netflix, showed that Anikulapo had been viewed for 8,730,000 hours between October 3 and October 9, 2022. A statement from Kunle Afolayan Production on Wednesday, confirms.

The movie, which was set in the pre-colonial era of the 17th century old Oyo Empire, tells the story of a sojourner who finds his way to Oyo in search of greener pastures, where he at first finds favor, but later finds love in a forbidden place.

The producers had said the acceptability of the movie was prove that the film resonated with people from diverse cultures all over the world.

The statement read, “While this is being celebrated by Nigerians home and abroad, the acceptability of it from people around the world with different cultural background and beliefs proves beyond words that Anikulapo tells a universal story that every human across the world can relate to.

“It is  also noteworthy to state that the movie in a great way creates an inclusiveness of both male and female character traits, bringing to light the fine thin line between lust and love, hate and resentment, illusion etc.”

Afolayan, on his Instagram page thanked the movie fans for their referrals and reviews.

He said, “Congratulations to us all and thanks to you guys out there for the reviews and referrals.”

This comes just few days after the Nigeria Oscars selection committee disqualified Anikulapo from the nomination list of the Academy Awards, better known as the Oscars.