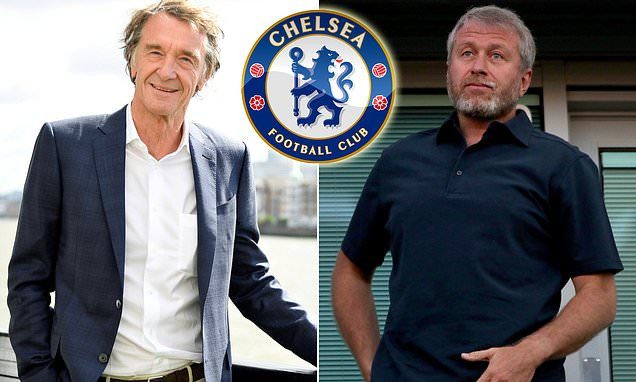 The 69-year-old – who is the CEO of the Ineos Group Ltd recently tabled a last-minute £4.25 billion bid to buy the Blues on Friday April 29.

However, it is understood that Ratcliffe has not engaged in the process set out by the Raine Group, making it difficult for his bid to be considered, Sky Sports reports.

A consortium led by American businessman Todd Boehly have been named as the preferred bidders by the Raine Group and they have until the end of this week to finalise the terms of an agreement to buy the club.

That bid is currently being scrutinised by the Premier League to see if it passes their owners and directors test.

Ineos director Tom Crotty told Bloomberg on Wednesday: “We’ve been rejected out of hand by Raine but we will keep reminding people we are still here.”

Two additional parties also remain interested in taking over the club: one led by Sir Martin Broughton, the former Liverpool and British Airways chairman, which includes the billionaire Crystal Palace shareholders Dave Blitzer and Josh Harris, and another led by Stephen Pagliuca, part-owner of the NBA’s Boston Celtics and Serie A’s Atalanta.

The latter, however, were informed they are not the preferred bidder before Boehly’s consortium was favoured.

This was Ratcliffe’s second attempt to buy the west London club after being close to a takeover back in 2019 when he deemed Roman Abramovich’s asking price of £2.5 billion as too much money.

5 Super Eagles stars who played for Chelsea under Roman Abramovich