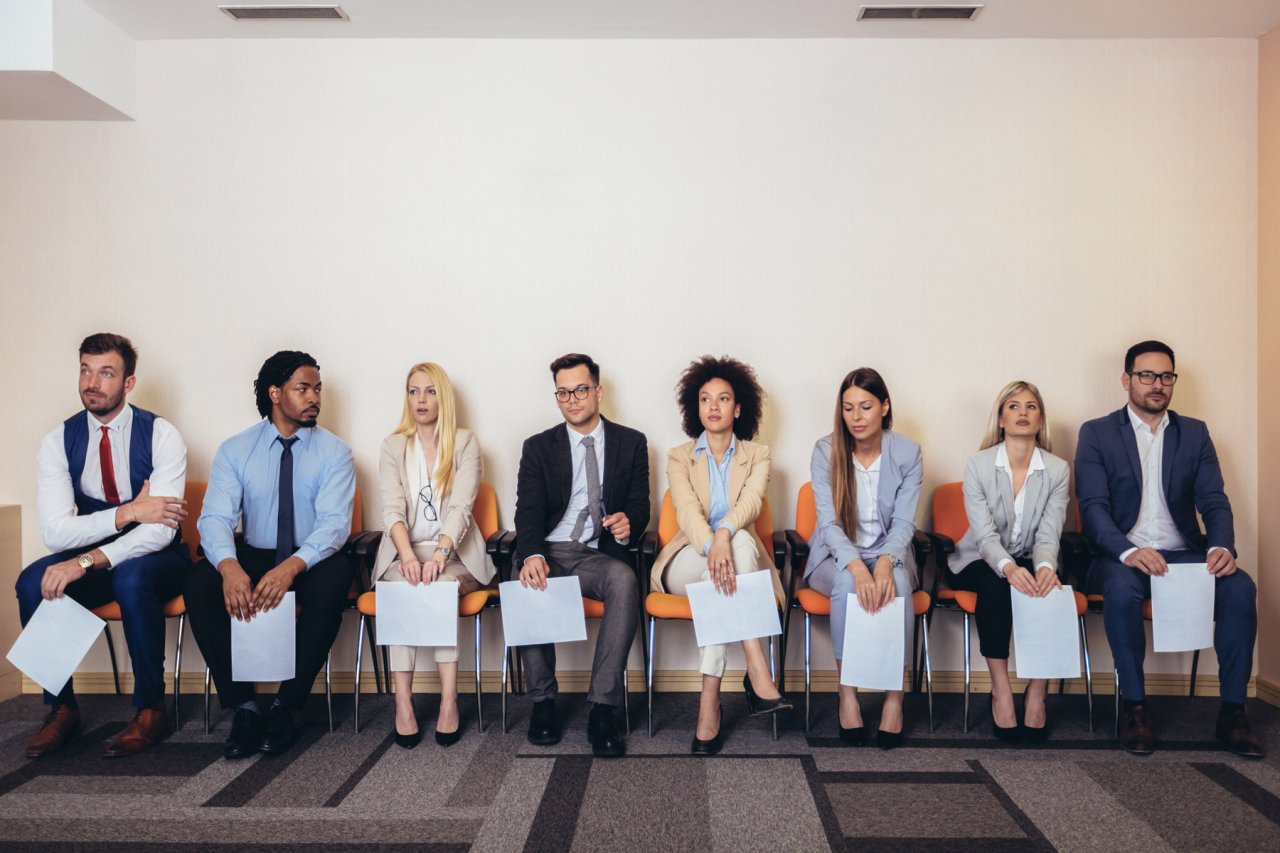 Millions of Americans have been sideline from the labor force by a felony or misdemeanor conviction.

“What does this have to do with banking?”

That’s a question I get all the time. It’s not often that bankers spend much time speaking and writing about prisons, policing and judicial sentencing, but I do.

My formal job description revolves around guiding the allocation investments that my bank manages on behalf of individuals and institutions. Since you can’t understand how to invest unless you understand the economy, my team spends a lot of time researching economic trends and sharing those insights with our customers. You can’t understand the economy without following the labor markets, and that’s where the discussion must include the impact of the justice system on our workforce.

Social ills have taken a terrible toll on our workforce, and chief among them, the vicious cycle of incarceration and recidivism that has deprived us of the talents of millions of potential workers. The magnitude of these societal problems has made them true economic challenges. We are in the midst of an historic labor shortage.

As of July, a record 10.9 million job openings remained unfilled. This limits the ability of businesses to serve their customers, to return to employment to pre-pandemic levels, and at the national level this is putting a dangerous brake on new economic growth. While aspects of the pandemic have made this situation worse, the underlying problem is long-lasting and truly formidable—demographic trends in the United States. We simply stopped having enough babies to provide the workers demanded by industry today. Even immigration is an incomplete answer—falling fertility like ours is a global phenomenon. The U.S.
until recently had the benefit of the millennial generation, but Baby Boomers are expected to retire at the average rate of 10,000 people per day for the next decade and the mini-baby boom of millennials that peaked in 1990 is already in the labor force.

The growth of a nation’s labor force, coupled with productivity gains, is a key ingredient to overall economic growth. Productivity can be augmented through automation and other technological advances, but has limitations and appears cyclical. Workforce growth tends to be the more important consideration over time. From this perspective, the U.S. is in big trouble. Our most recent census data showed that during the 2010s, the American population grew only 7.4 percent over the entire decade, the lowest growth since the Great Depression. In fact, since 2008, our fertility rate (expected births per woman) has not even been sufficient to replace our population. Most forecasters believe this dooms us to GDP growth that will average less than 2 percent. That pace is not only a far cry from the 3 to 4 percent averages of the ’80s and ’90s, but one whose natural variability means that we will regularly flirt with even slower periods that could easily tip into recessions.

There is a solution. While we can’t do anything about the birth rates of years past, we can do something about the tens of millions of Americans who have become marginalized, including those who are out of the workforce altogether, unemployed job seekers and the vast number of Americans who are employed well below their ability to contribute to our national prosperity. This includes broad categories like older citizens, working parents and those whose poverty has limited their prospects.

Of all the potential talent pools, my work suggests that one of the very best opportunities for employers is to hire people who have been marginalized by a criminal record. “Second chance” employment, hiring from this population, can make a real contribution to the economy because this talent pool is 1) large; 2) largely overlooked; and 3) critically, filled with people who can be highly productive workers.

19 million Americans have a felony conviction, a formidable barrier to gainful employment. Many millions more have a misdemeanor record, a lesser but real barrier. Each year over 600,000 people are released back to the community after having served their prison sentences. These numbers are large when understood in comparison to the roughly 150 million already on our civilian payrolls and the 2 to 3 million that would be added to our labor force in typical growth years. To the many critics of the criminal justice system the numbers are horrifying, but to visionary business leaders, these numbers reflect an enormous pool of untapped human potential.

Just how overlooked is this talent pool? The most recent assessment dates from early 2008, before the financial crisis had truly darkened the U.S. employment picture, yet even then the unemployment of formerly incarcerated job seekers averaged 27 percent, not counting those who had simply dropped out of the labor force. Estimates of the unemployment rate of those in their first year of reentry after prison hover around 50 percent.

Of course, having a large number of people available for employment does not tell you whether they can be good workers. Just how viable are “second chance” employees? Large published studies, non-public research that has been shared with me and the attestations of business leaders who have pioneered this hiring all say the same thing—when sourced right and supported appropriately, people with criminal records are among the most engaged and loyal of workers. Caring about one’s work and staying in a company for an extended period are the ingredients of a productive—and profitable—employee.

Why does this work? I think most of us can think of times in our own lives when we fell short of our own standards; people of character redouble their efforts to prove that they are more than their worst mistakes. When we take into account the magnitude of the obstacles that those who have been incarcerated must overcome in order to rebuild their lives, it is easier to understand that many with records are indeed “people of character.” Beyond the societal stigma, across federal and state laws, there are some 44,000 “collateral consequences” that can restrict access to needed licenses, credit, housing and other building blocks for personal advancement. The business world’s embracing second chance hiring is not just wishful thinking.

What’s changed? Leaders increasingly recognize the long-term talent shortage, but just as important has been the growing understanding of the flaws of our criminal justice system. For the past several years, my own employer has sponsored educational second chance hiring panels across the country as well as direct communication to our business customers. In 2020, the influential Society for Human Resource Management, a longtime advocate of second chance hiring, launched the “Getting Talent Back to Work” certification to support this effort among HR professionals. This April, some of America’s largest corporations formed the Second Chance Business Coalition, committing to pilot programs and data sharing. Major industry coalitions like the National Association of Manufacturers have launched second chance hiring programs and dozens of Chambers of Commerce have undertaken second chance hiring education and “smart justice” policy advocacy.

As I saw the business community coming together on this issue, I also realized that many mid-sized and smaller businesses could play a part, but needed more guidance than simply attending an hour-long seminar. This spring HarperCollins published my book, Untapped Talent: How Second Chance Hiring Works for Your Business and the Community, which shares the business case and best practices of second chance hiring so that any employer can explore this opportunity. Written on airplanes, in hotel rooms and on vacations away from my family, the book provides both the conceptual framework for hiring people with criminal records as well as profiling businesses that have years of experience in accessing this talent pool.

Second chance hiring is business, not charity, but that doesn’t mean that society doesn’t benefit. For people who have committed a crime and served their sentence, employment is foundational to rehabilitation. In monetary terms, the costs of failing to provide such opportunities and subsequent recidivism is measured in the tens of billions of dollars in costs to victims and in the administering of the judicial system. Far more profound are the costs to communities that suffer both from continued crime but also a perpetual cycle of broken families and lack of jobs. The disparate impact of our system has, for example, left one in three Black men with a felony conviction. The associated barriers to employment continue to have tragic intergenerational consequences, exacerbating racial inequality and hindering economic mobility. Without widespread second chances, our workforce will never reflect the diversity of our population.

For me, this gets to the core of what our country is and should be. Second chance hiring is essential if we are to live up to our aspiration for America to be the “land of opportunity.” While my own family has had no particular justice involvement, as the son and grandson of immigrants, I am the beneficiary of the second chances given to my ancestors to build lives of prosperity and contribution. For all our disagreements, the concept of broadening opportunities so that people can move beyond their past has bipartisan appeal. Policies are part of the solution, but ultimately employers provide the crucial employment opportunities that will allow us to live up to our national ideals. So, back to the question of what all this has to do with banking. In promoting second chance hiring I’m helping our commercial customers solve the labor shortage that is one of their biggest problems and making the communities we serve safer and more prosperous.

I don’t know any better role for a banker.

Jeffrey Korzenik is Chief Investment Strategist of Fifth Third Bank and author of Untapped Talent: How Second Chance Hiring Works for Your Business and the Community (HarperCollins Leadership, April 2021). The views expressed here are the author’s own and not necessarily those of Fifth Third Bank.