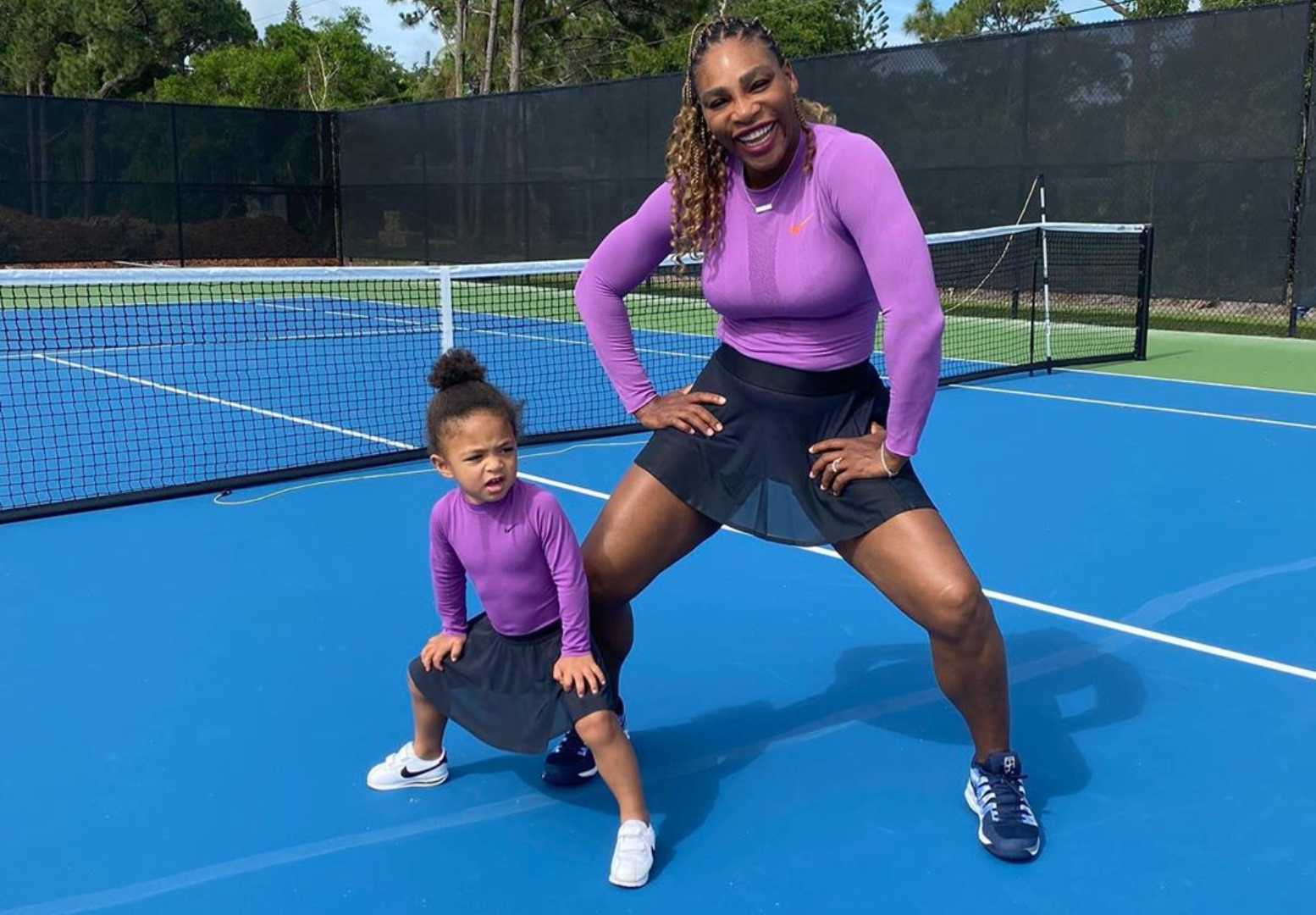 Serena Williams shared photos to social media on July 8 of herself and daughter Olympia modeling their matching outfits and doing a few identical poses.

Serena Williams‘ 3-year-old daughter is already taking after her mom, in both fashion sense and modeling talent.

The tennis star shared a carousel of Instagram photos on Thursday, July 8 showing herself and little Alexis Olympia Ohanian Jr. wearing matching pink outfits while also mirroring each other’s elaborate poses. Serena’s sweatshirt read, “Mama,” while the girl’s says, “I got it from my Mama.”

Among those admiring the pics and sending support was the athlete’s husband, Reddit co-founder Alexis Ohanian, who is Olympia’s dad. “my two girls,” he wrote, adding a pair of heart emojis.

This is not the first time that the mother-daughter duo has mimicked each other’s style. In June, Olympia’s Instagram account posted a photo of the little one dressed for the tennis court in the same type of catsuit her mom wore for the 2021 Australian Open in February.

Evidently, Serena was hoping to have another twinning moment back then as well, but her husband appeared to have jumped the gun.

“Awwwww mannnnnn I asked you to save this post until I was next to her side [by] side in my same outfit,” Serena commented at that time. “Oophhh I guess I’ll have to pull the plug from your phone tonight. And you wake up wondering why you have no battery. LOL.”

See the above pics to admire their adorable outfits and poses, including their matching hands-on-the-waist look.