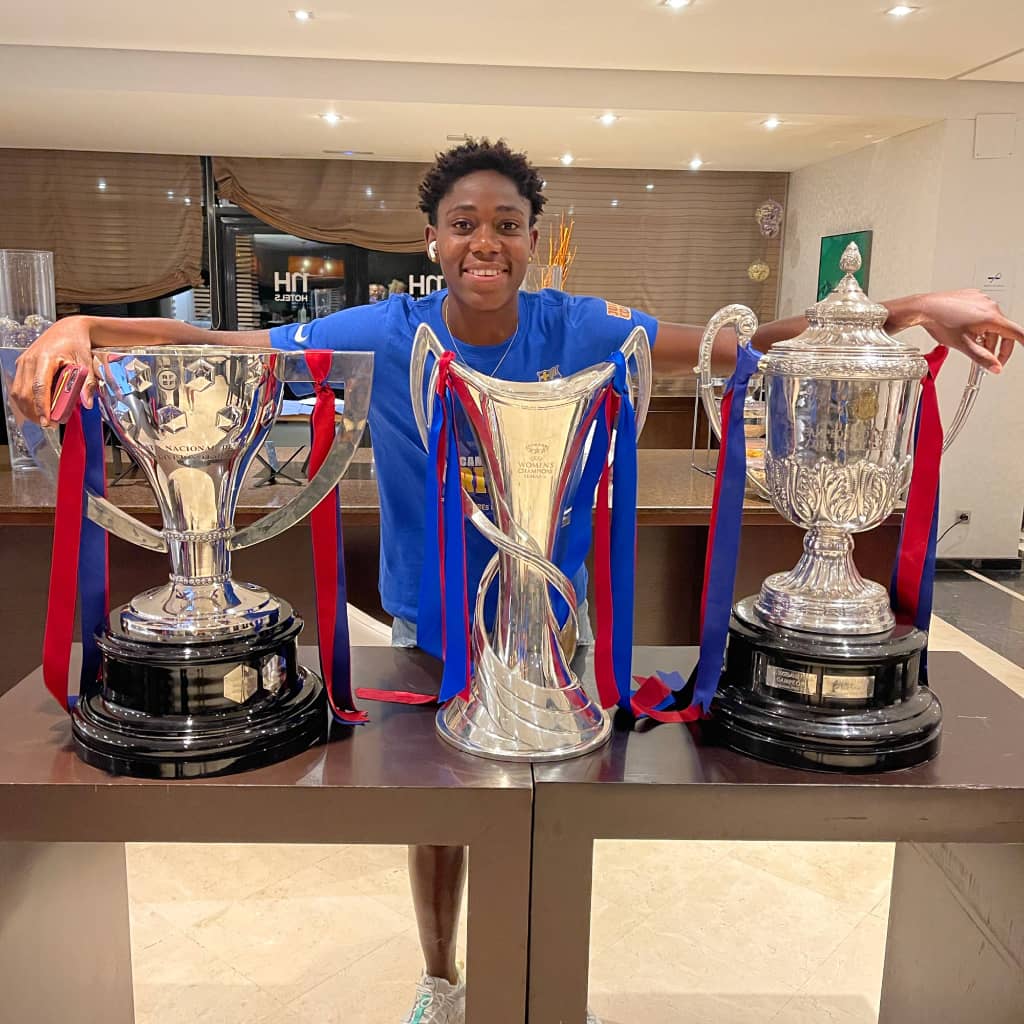 The four time African Women’s Footballer of the winner, said she’s happy to make history with the club, but she’s desperate for more silverware.

“Once is a nice achievement, but it has given me and my teammates a taste of success and we want more of that,” she told BBC Sport.

“You can never limit yourself when you go out there to play professionally, especially outside of the continent because you carry more than your nation on your shoulder.

“To achieve this with Barcelona has shown that we can win a major trophy as a team and as part of this great club, the desire is keep raising the African flag by making more history.” He said.

Since leaving the shore of Nigeria, the 26-year-old has now won at least a title in England, China and Spain.

The former Liverpool and Arsenal forward has also won three African Women’s championship with the Super Falcons of Nigeria.