Thursday night was another exciting episode from the ongoing BBNaija lockdown reunion. 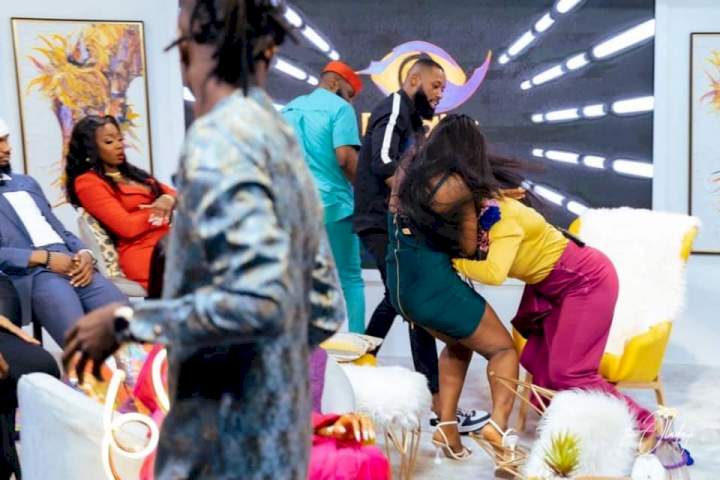 One of the highlights was between Lucy and Kaisha. The drama started after Kaisha recounted how Ka3na reportedly disrespected her mother.

Kaisha, in her statement, claimed her mother liked Ka3na and wanted a photo with her.  She disclosed that her mother first sent Lucy before sending her sister Zainab to ask Ka3na for the photo. However the Boss Lady reportedly told Kaisha’s mother to come to her table instead.

This soon led to an argument where Kaisha, at some point, threw a pillow at Lucy. Lucy, in response to Kaisha’s action, landed a slap on her face.

The drama was so heated that the show’s organisers had to cut some part of the video. Lucy was later seen walking away from the show with her wig off her head.