In this interview, the “13 Letters” cast members—Kunle Remi, Amanda Dara and Ariyiike Owolagba (Ariyiike Dimples )—talk more about their roles and working with each other while director Kayode Peters sheds some light on the creative process 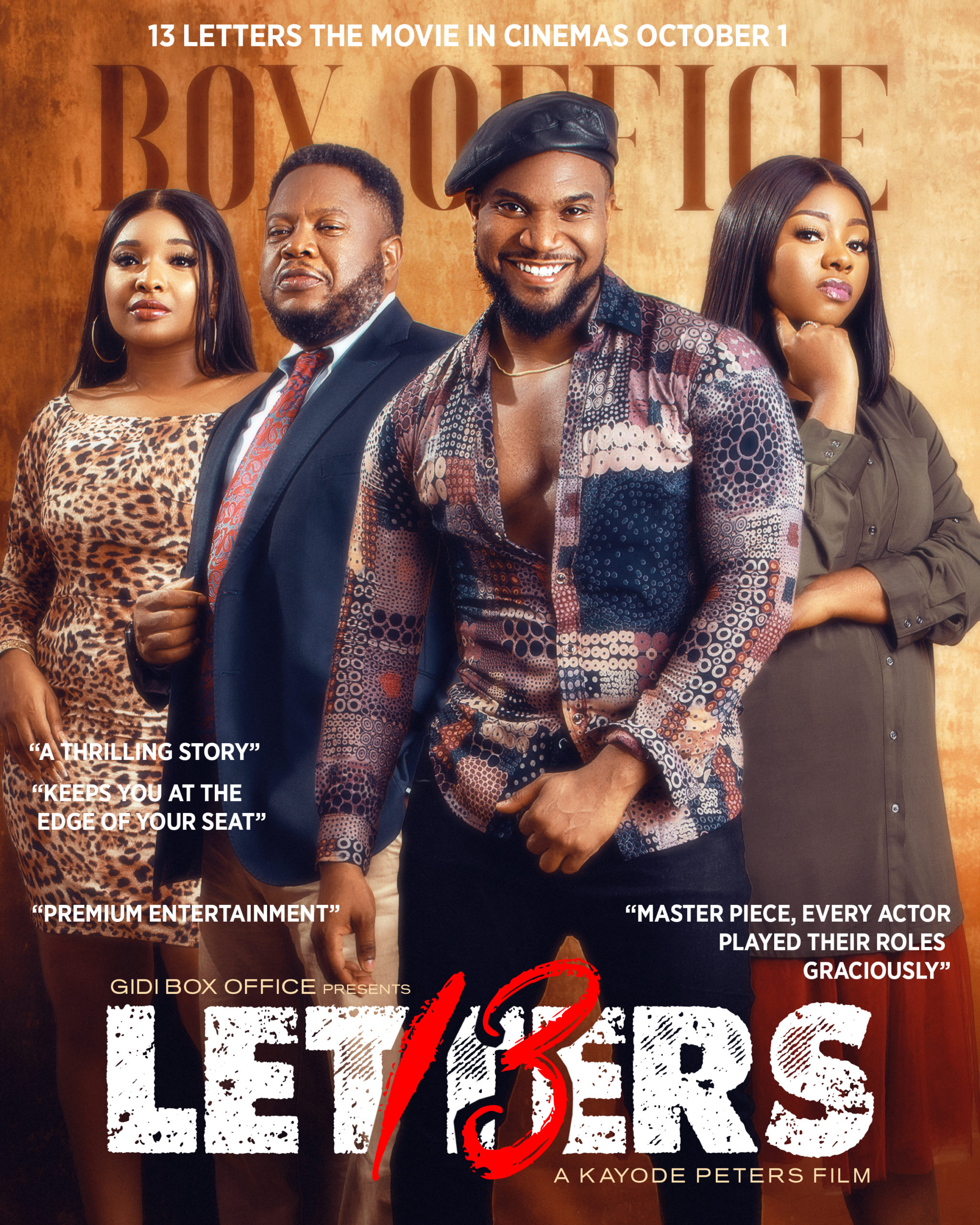 “13 Letters,” Kayode Peter‘s new film, is a realistic love story that follows the life of a playboy who faces huge criticism when his ex-girlfriends air their frustrations on social media. To contain the damage, he must collaborate with a pr professional who compels him to face his character flaws.

In this interview, the cast—Kunle Remi, Amanda Dara and Ariyiike Owolagba—discuss the movie, including why they took the roles and what they hope viewers will learn from it.

Kayode Peters, the film’s producer and director, also describes his creative process and what he wants to convey via the film.

Read the interview below:

What attracted you to this project?

Kunle Remi: The fact that it’s a story about social media, and also the morals is teaching people they can live well and live right.

Amanda Dara: What attracted me to this project was the storyline, I mean 13 women and 1 man? Who doesn’t want to watch that?

Ariyiike Owolagba: What attracted me to the project was the drama and the consciousness of women coming together to show support as against the usual norm of fighting one another because of a man. Pretty much the direction of the storyline.

Chris Iheuwa: To be honest a lot of the attraction was for and from Kayode Peters. I have known KP (as he is fondly called by friends) for a little over 10 years and in this period we have waxed stronger. When I left the bank and I told him I was ready to work he encouraged me and supported me, so when he mentioned the project, it was easy to put my hands and body on the deck. The other factor was the script. It resonated with me and I liked my role very much. The rest they say is history. 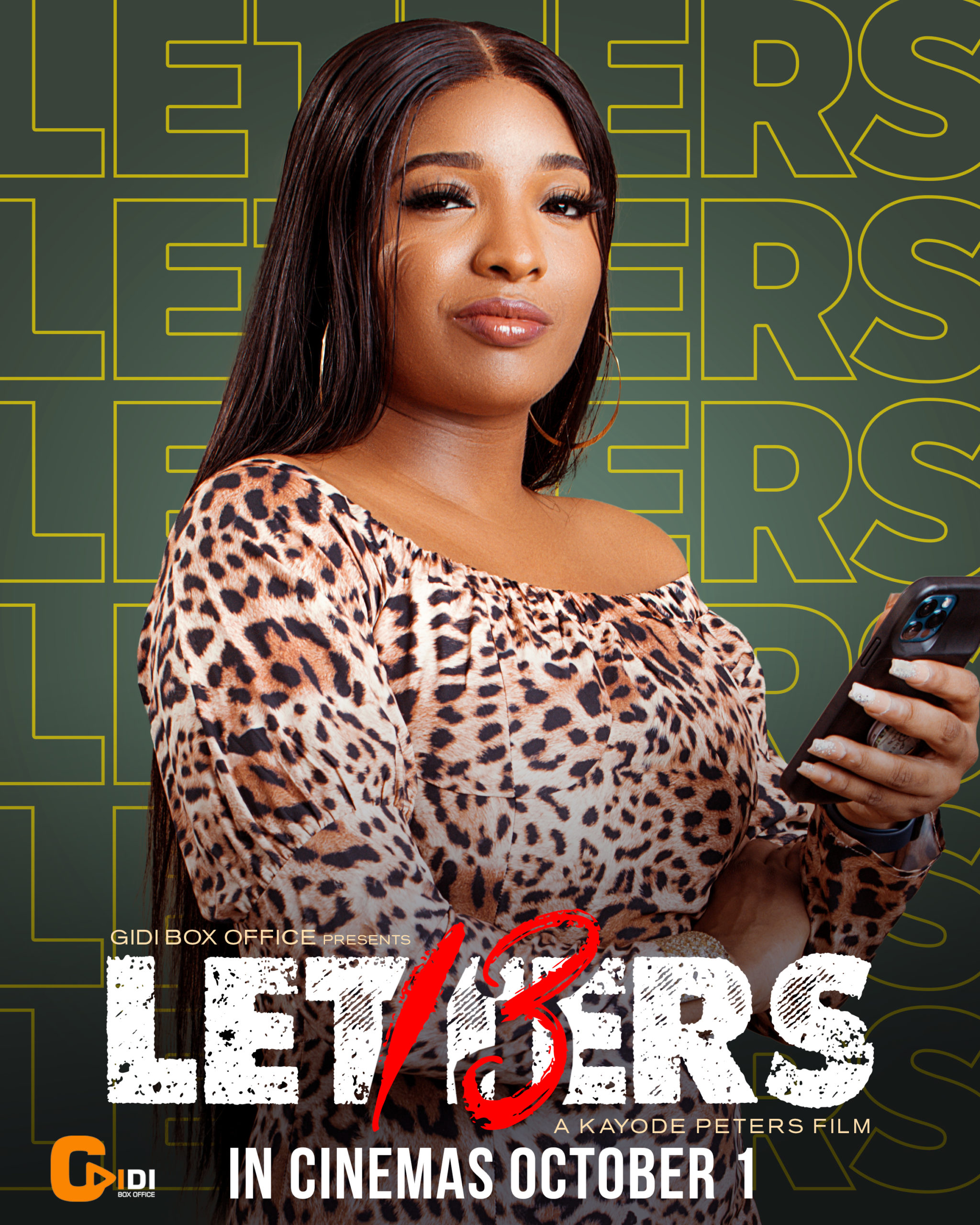 Just as we see in the film, in your opinion, what are the pros and cons of sharing your challenges on social media?

Kunle Remi: Social media is a place to socialize, share perspectives, opinions and entertainment. It is not a court or a therapist.

Amanda Dara: The pros of sharing your challenges on social media are speaking up on a predator in your life that is either endangering your physical or mental health for your safety. Also, it teaches people that they can’t just get away doing bad things to people because of their position, money or influence.

The cons of sharing your challenges on social media are the fact that everyone is in your business and you lose your privacy. It can also affect your mental health when you get backlash from people who don’t support your views. It can also lead to internet bullying.

Ariyiike Owolagba: Pros; you may get support just as the other women came out to stand together. Cons; it’s putting your business out there and you may need to get therapy.

Chris Iheuwa: Public sympathy, empathy and sometimes financial consolation, recognition, celebration, motivation, etc Meanwhile, the reverse could be the case in ridicule, abuse, harm, shame and even homicide or suicide. 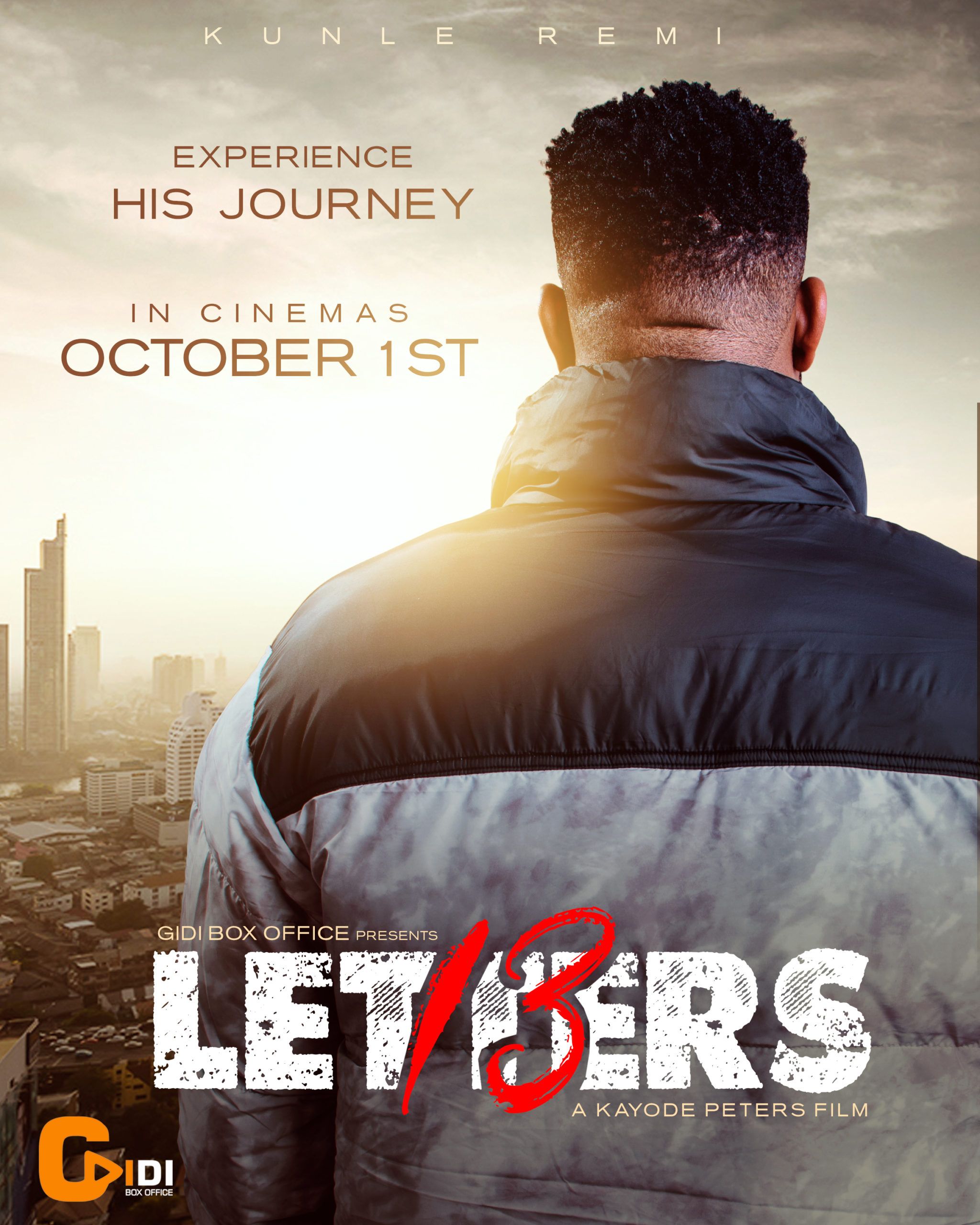 What will be on everyone’s mind as they head home after seeing the movie in the cinema?

Kunle Remi: I don’t know what will be on their minds. I will rather the audience enjoy the movie and share their honest criticism and conversation and everything on their minds about the film on social media.

Amanda Dara: What would be on people minds after seeing this film is validation for women who have been in a similar situation and a warning for men who believe they can get away with treating women anyhow.

Ariyiike Owolagba: I think it is to use social media in the right direction to get a positive response to whatever they are working on.

Chris Iheuwa: You and only you, can make or mar you. That which you decide to do with your image and or reputation will eventually come to daze you or praise you. 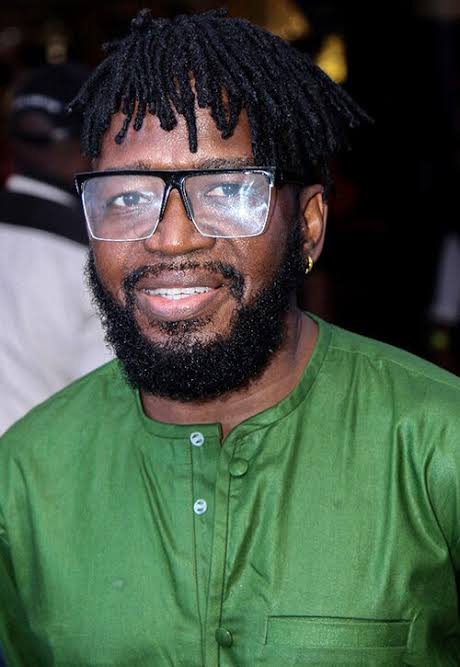 How did you come up with the idea and title for “13 Letters”?

The idea isn’t mine. The Executive Producer Kikelomo had the idea and I bought into it. She came up with the title before we even settled for the plot. Intelligently crazy you might say.

In terms of the process and being on set with such a star-studded cast, what would you say was one of the highlights and perhaps challenges of production?

Over the years I have worked with many A list actors, it’s common knowledge that I am also a sucker for developing new actors. So, for me, the process is the same. I treat everyone equally, no preferential treatments and I must say maybe that accounts for the easy flow of work I usually have. I think I am also blessed to have been able to command some respect from our top actors which eases off most of the challenges on set.

Nowadays it’s becoming more common for people to bring matters like their relationship and marriage to social media, as reflected in this film. Is there a reason you decided to make the film resonate?

In as much as I am not one to bring my matters to the public glare, then again, I am a filmmaker, I need to tell a believable story. It is the trend these days, couples hoping to get justification and judgement from the social media courts thereby exposing all their hitherto hidden secrets. In “13 letters” we tried to relate the trend in a somewhat dramatic and unorthodox manner where the most aggrieved of Akin’s numerous girlfriends Peju had to team up with his other ex’s to fight him on social media. This evokes sentiment from the public and a total backlash for the protagonist.

What are the pros and cons of sharing your challenges on social media in your opinion?

For me, there are no pros, I am not a public person even tho I am a public figure but I am also a very private person. Nothing will make me relay my private matter since on social media. As a creative and content creator, I use social media to network and advertise. Nothing more. 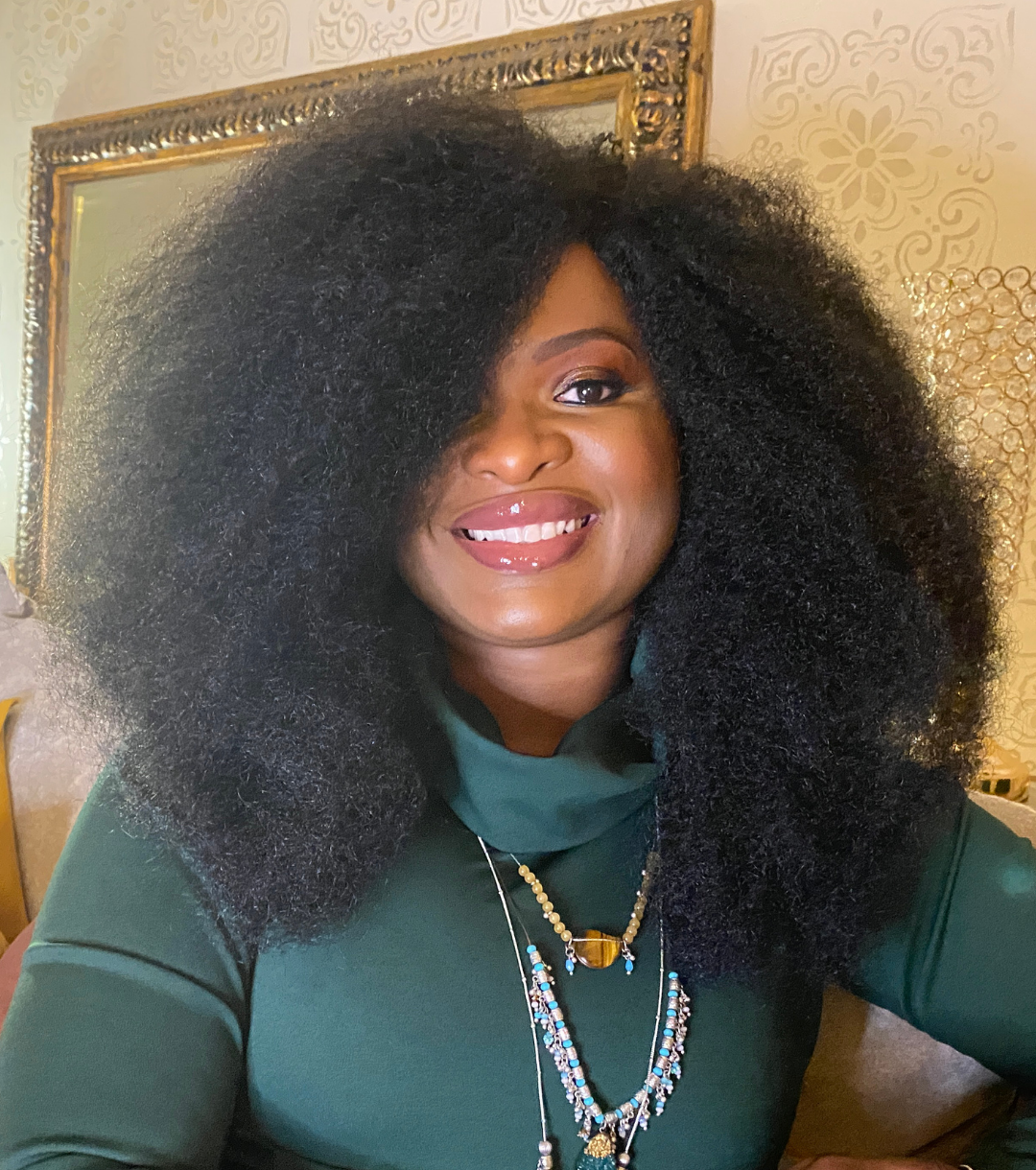 What’s the message you want to convey through “13 Letters” via your production company GidiBoxOffice?

In a nutshell, treat people how you would like to be treated. Do unto others as you would like done unto you. Love others as you love yourself. I have not yet met a person who doesn’t treat him or herself well, so I would say, extend that same gesture to others. Many of the world’s problems would be solved if only we put ourselves in other people’s positions and ask the pertinent question, which is, would I like this done to me? If your answer is no, then don’t do it to anyone.

Would you prefer to write a physical letter or write an email?

Nothing beats physical letters because of the sentimental value it offers. The personal touch is evident as you read someone’s carefully crafted words on paper. The tangibility is as you hold something in your hands that can make you happy, excited or sad. Appreciation for the time it must have taken to write the letter, cause most people would re-write a letter so it’s neat, tidy and free of any spelling or grammatical errors. However, in these times, no sense in looking back, so emails and text messages it is; soon text and emails may also be obsolete and relegated to the past to make room for newer innovations.

Just with vinyl and classics, do you feel the golden age of writing letters is obsolete as a result of technology that has made things so easy?

Yes, it is obsolete. However to stay relevant, one must adapt to the times. No sense in crying over what you have no control over and change is a sure constant. If you don’t move along with change, you’ll get left behind. So I try not to live in the past and talk about the good old times. We’re now in Information Age and it’s rather unforgiving of those who don’t want to move with the times.

What should people know about GBO?

Gidi Box Office is a fresh Nollywood Movie Streaming Platform that offers cinematic Nollywood movies to a global audience. Our customers are growing daily, as people appreciate the curated content we offer. We put in all the hard work sourcing for great content, so you don’t have to. We’re also very reasonably priced, our monthly subscription is very affordable at $4.99.

In a first of its kind venture, 13 Letters will be shown on our Live Cinema. This means that if you’re not in Nigeria, we have you covered. Just go to GidiBoxOffice.com or download our app to get your viewing ticket. You will be able to watch 13 Letters on October 1st at our Live Cinema! So many people are excited about Nigerian Cinema on their devices.

What are your plans for GBO?

At GidiBoxOffice.com, we will be sourcing for more Nollywood cinematic content and continue to grow our catalogue. We encourage you to sign up for our newsletter so you stay updated.

We will also be making more cinematic movies for your entertainment and viewing pleasure. We plan to harness young talent, new faces by working with young directors, producers, actors as we’d like to allow them to showcase their craft. In all of this, we will stay true to our ethos, which is to produce quality, high production value, great art direction and authentic stories played by believable characters.

Finally, we currently have another movie in the pipe works titled “Alaga” and it’s currently in post-production. It will be released in cinemas, February 2022. So please watch out for it. It promises to be a banger with a stellar cast such as Iyabo Ojo, Ayo Adesanya, Lateef Adedimeji, Adunni Ade, Ariyike Owolagba and so many others.