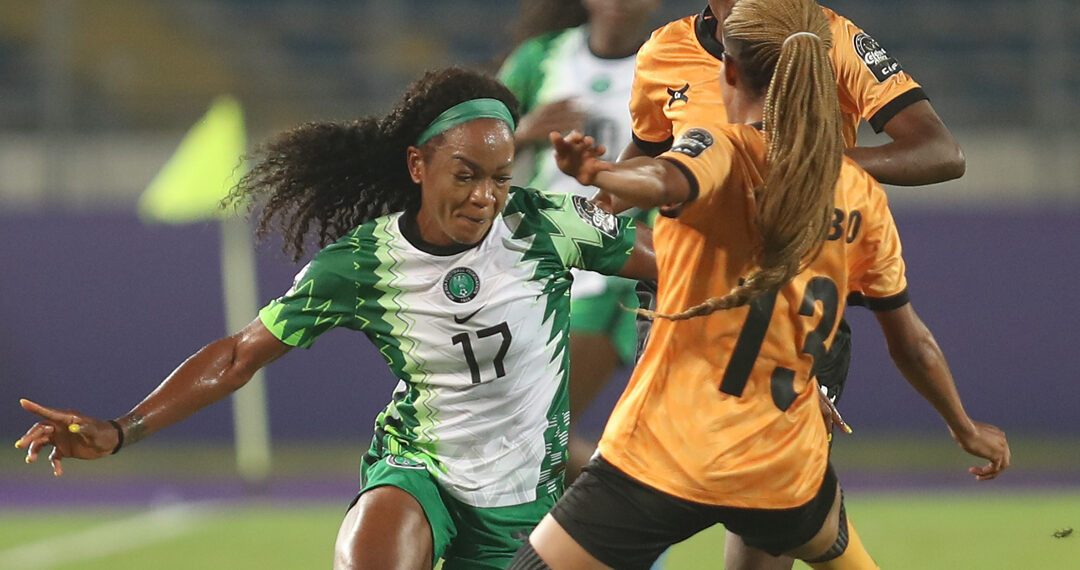 The Super Falcons had played the host Morroco in the Semi Final that saw Nigeria earn two red cards and struggle to reach penalties which they lost to the host.

Nigeria now had to face Zambia to determine the winner of third place but were beaten 1-0 by the Zambians even though the Falcons dominated play at the Complexe Mohamed V in Casablanca.

A strike just before the half-hour mark by Evarine Katongo was helped into the net by Chiamaka Nnadozie.

Katongo, 19, was later voted Woman-of-the-Match as her contribution helped Zambia to their first ever win over Nigeria.

The development saw the Falcons slump to their third defeat in Morocco following earlier losses against South Africa and then Morocco.

Nigeria now go home without any medal .The last time that the Super Falcons finished fourth on the continent was 20 years ago when they were beaten 1-0 by Cameroon in the third place match of the 2012 edition.