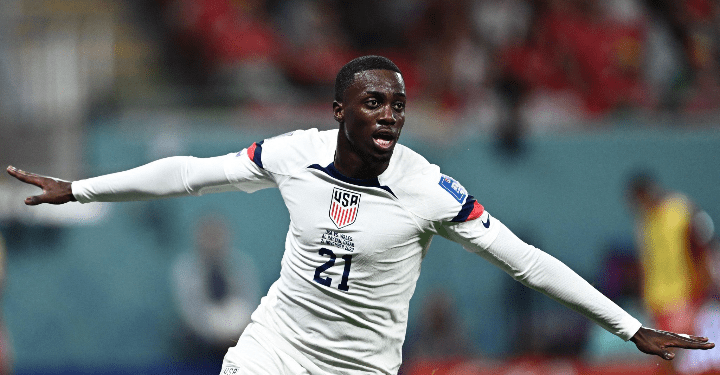 Weah raced through on goal to apply a firm, first-time finish to a delicious through pass from Christian Pulisic just past the half-hour mark.

A late Gareth Bale penalty, however, earned Wales a share of the spoils inside the Ahmed bin Ali Stadium.
Still, it was a landmark moment for the 22-year-old Weah, who became the first United States international player born in the 2000s to score at the World Cup.

Weah’s Nigerian connection
Tim Weah’s goal arrives just over twenty years after his father, George Weah, was denied by Nigeria at his last attempt to appear at the FIFA World Cup.

Considered one of the greatest footballers to ever come from the black continent, George Weah remains the only African to win the Ballon d’Or. The AC Milan great is also one of the most gifted players to never feature at the World Cup.