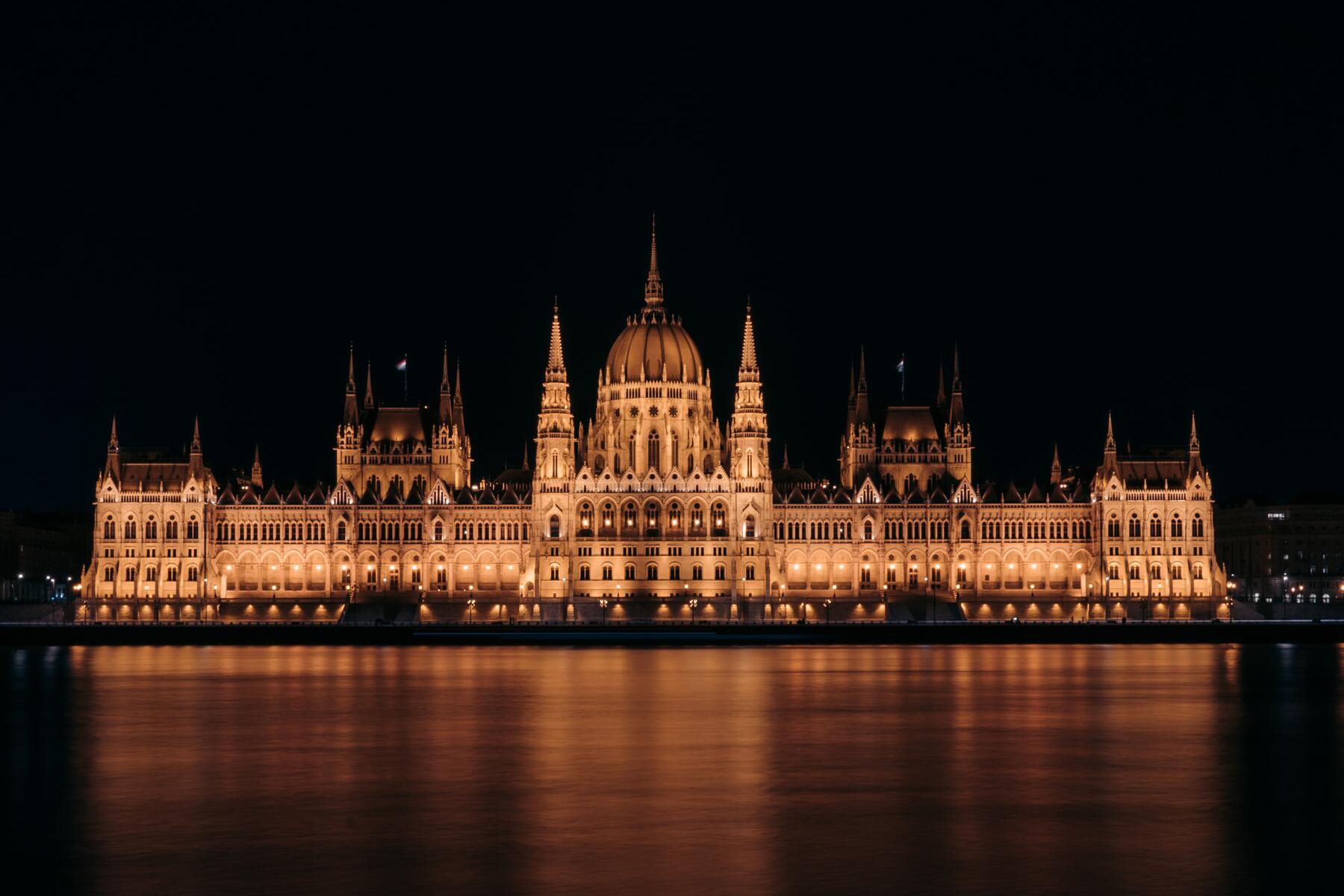 When our ever-smiling guide Elza, of Budapest Underguide, told us that the next bar we were heading to only opened last month, we felt privileged to be experiencing a new venture while it was still hot. But when she said the same for every venue she took us to, it quickly became clear that either a) she was a very good liar or that b) the Budapest nightlife scene was even more vibrant than we had imagined. During two separate visits to the Hungarian capital this year, I had plenty of opportunity to sample the city’s new wave of roof-top bars, which are currently providing stiff competition to the city’s already legendary ruin pubs as the hippest venues to be drinking in right now.

Here are my top five venues that are – quite literally – raising the bar in Budapest:

Gozsdu courtyard bristles with activity, both during the day at the Bazaar market held on a Sunday, and at night where a plethora of bars and restaurants vie for your attention. Hidden down a side alley is an elevator up to the Sky Terrace. The crowd is quite hip (although skinny jeans optional) with a mix of live music and sultry house beats creating a buzzing atmosphere. The Sky Terrace has an excellent bar, serving both local and foreign beers on tap, along with wood-fired pizza slices that were good enough even for my Italian companion. Best for… hitting the town with old friends, and meeting new ones. 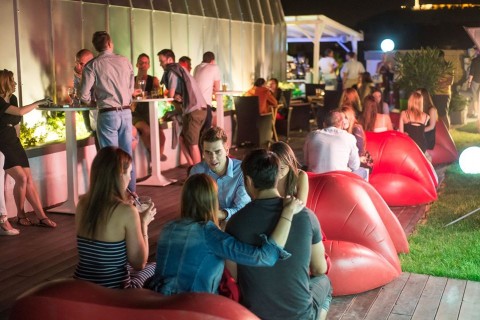 As the name suggests there are full circle views available at the 360 bar. This is the most high-end rooftop bar in Budapest, with an expansive wooden-decked terrace combined with comfy chairs and sofas. It gives particularly good views of the basilica lit up at night, and when the midnight chill comes you can warm up with a few shots of palinka and blankets provided by the bar staff. Best for… impressing friends or a date with a sky-high Aperol mojito. 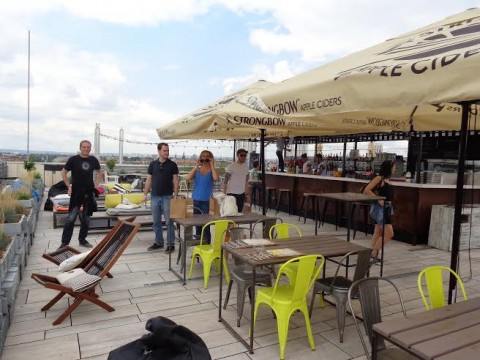 The Design Terminal is an ode to creative entrepreneurism first, with a rooftop bar thrown in for good measure. The building was converted from the former main bus terminal and retains its functional geometric features. It is situated just off Erzsébet Square, with a host of fashion and cultural events put on throughout the year. The terrace snakes all the way around the roof, with an outdoor cocktail bar overlooking the hustle and bustle below. Best for… feeling part of the Budapest creative industry scene.

Since its opening in 2007 the rooftop bar at Corvinteto has quickly established itself as a local student institution. Situated just off Blaha Lujza square the open air terrace showcases classic movies throughout the summer, with a night club below keeping things going until the sun comes up. Best for… discussing movies with hip young locals. 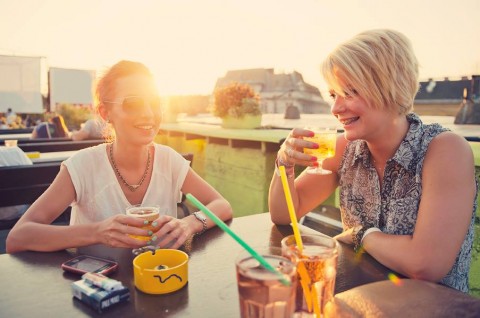 Situated on the Buda side of the river within the turret of one of the Castle’s towers, Fisherman’s bastion is a timeless classic. The interior of the bar is just the original brickwork, with a large balcony giving views across the whole of the city. Whilst in peak season there can be a lot of tourists, it still makes for a spectacularly romantic setting. Best for… a glass of champagne and “popping the question”.

A Nightlife in Aba, Nigeria