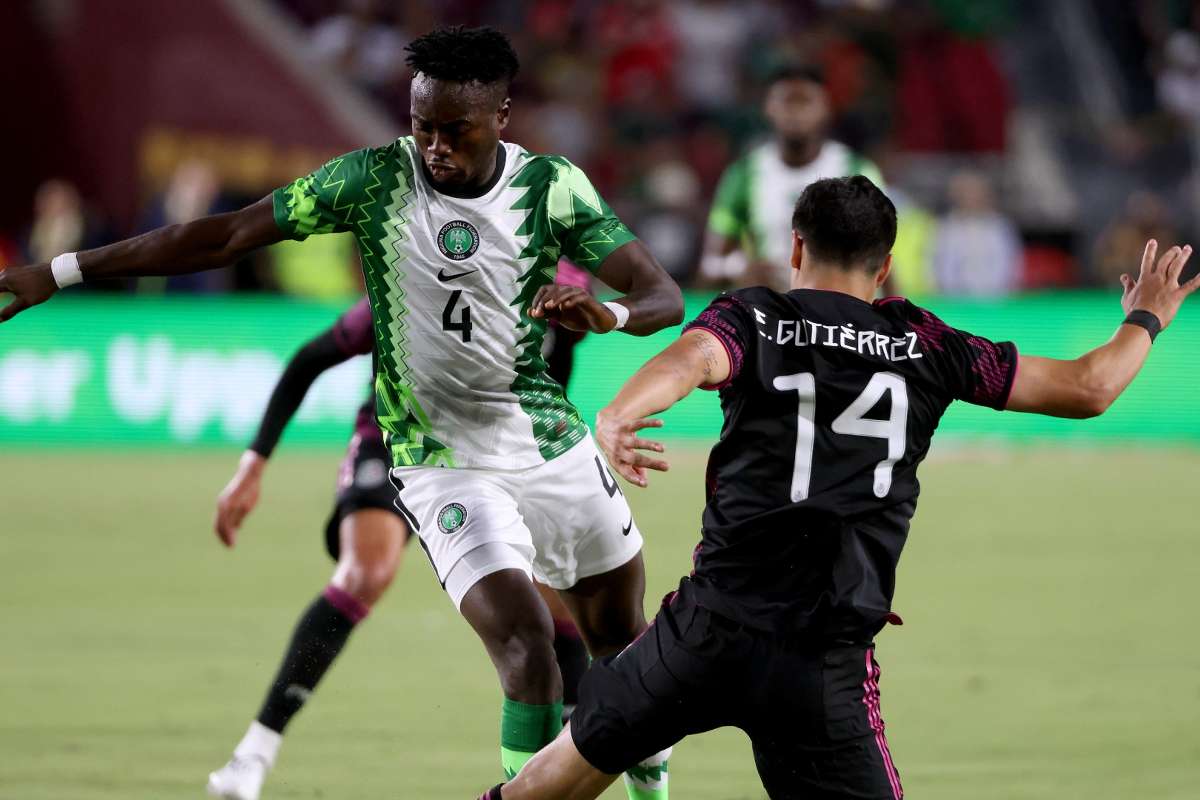 Mexico continues their impressive run of results against Nigeria when they trash the Super Eagles 4-0 in an international friendly match at the Los Angeles Coliseum early on Sunday morning.

Two goals from Hector Herrera and Funes Mori inside the opening four minutes put the El Tri in commanding control of the match.

Herrera got Mexico off to a flying start with the opening goal in the second minute, after latching onto a conner from Jesus Corona.

They got their second of game two minutes later through Funes Morris, thanks to assist from Victor Osimhen’s Napoli teammates Hirving Lozano.

Mexico went into the first half with two goals, while the Super Eagles struggled to create a clear chance with no shot on target.

The North Americans sustained their tempo in the second half and added two more goals before the final whistle.

Herrera got his second of the game seven minutes after the restart when he sent a low drive into an empty net with Super Eagles goalkeeper Stanley Nwabali stranded.

LA Galaxy star Dos Santos completed the rout for the TATA Martino’s side in the 78th minute.

The victory extended Mexico’s impressive run of results against Nigeria, El Tri have now won three games and the West Africans remain winless after three outings ended in a draw.