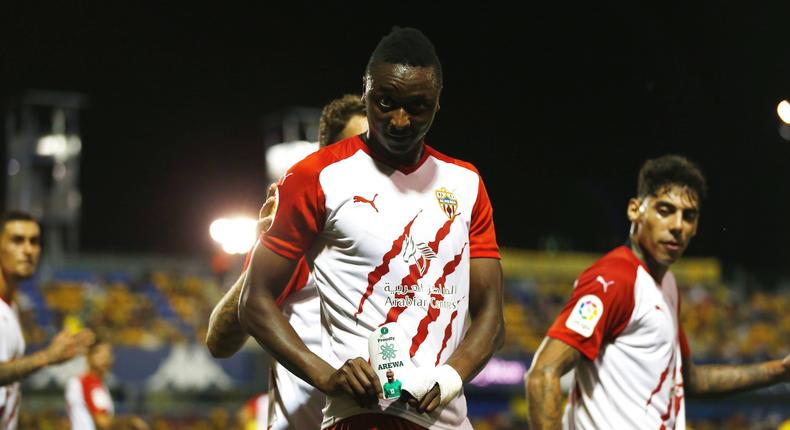 Super Eagles and Almeria striker, Umar Sadiq has been nominated for the Spanish Segunda Division Player of the Month award for February.

Sadiq is one of three players nominated for the award, but the Nigerian international might likely win it following his impressive goal return last month. 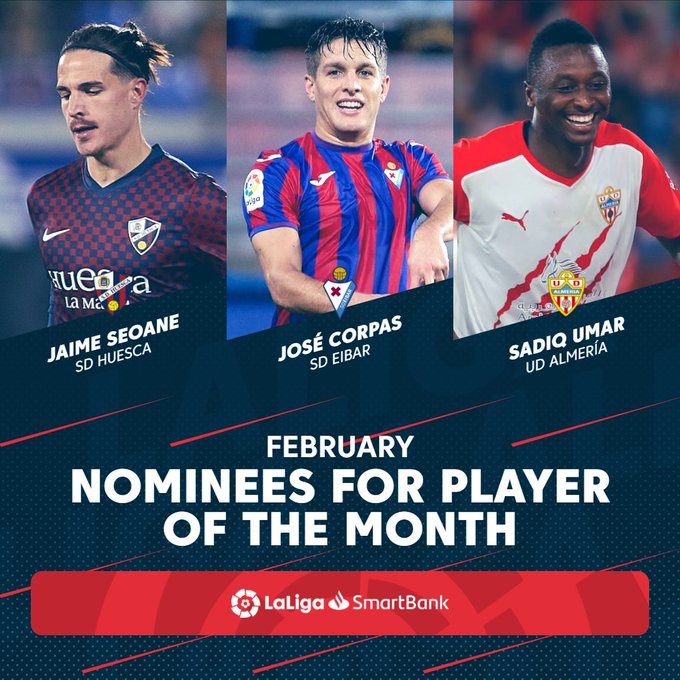 he 25-year-old returned from the Africa Cup of Nations to halt Almeria’s poor form in the league. He powered them to victory in all four matches in February compared to no wins in the four where their talisman was away.

The Super Eagles striker found the net a total of five times in all their four matches.

Umar Sadiq was on target for Almeria against Ibiza before netting the winner at Malaga.

Umar also bagged the winning brace for Almeria to inspire the promotion-chasing side to an important 2-1 win over CD Mirandes.

Over the weekend, Sadiq scored one goal and assisted yet another to inspire a 3-1 win over Fuenlabrada to take Almeria to the top of the Segunda table.

Sadiq is up against Eibar’s Jose Corpas and Huesca’s Jaime Seoane.