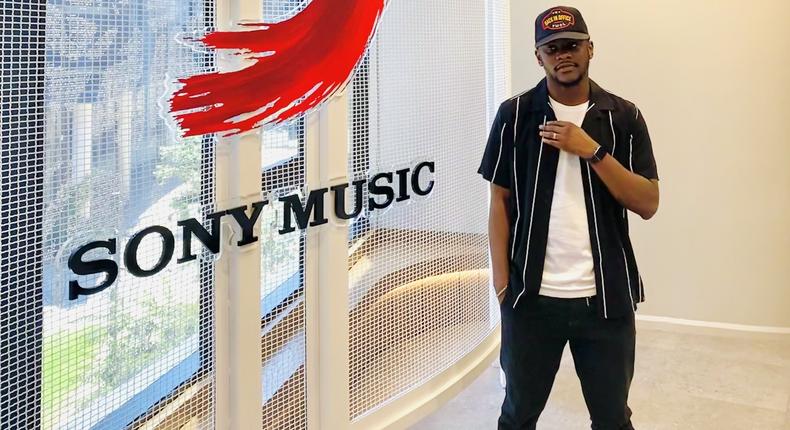 Congratulations are in order for Nnamdi Okafor, who has just been announced by entertainment company, Sony Music, as the new lead for the role of Digital Services and Partner Management operations covering all of Africa. This exciting announcement was made public at the company’s end of year soiree which held at the Africa headquarters in Johannesburg, South Africa.

Having demonstrated impressive tact and skillful deployment of creative strategies in handling brands and product campaigns, he had the much-needed edge to advance over a pool of candidates vying for the new position.

In under 18 months of working with Sony Music, Nnamdi’s contributions have been astounding as they are valuable too. He has impacted significantly on growing verticals of the business, increasing their market share, breaking multiple music talents globally including top selling artists like Gyakie, Ruger, Lojay, Mayorkun, T-Classic, Davido, King Promise and Wizkid as well as contributing to international campaigns for Lil Nas X, Beyonce, Elevation Worship, Adele, BTS and Doja Cat to mention a few.

He has worked very closely with DSPs and UGC partners to participate and manage the launch of several campaigns including Apple Music’s Africa Now Radio for their flagship episode which featured KDDO (Kiddominant), Gyakie as the pioneer Africa cover star for Spotify’s EQUAL campaign, Ruger’s Dior TikTok campaign, Boomplay’s For Your Ears Only FYEO and YouTube Shorts launch.

Expressing great delight over Nnamdi’s promotional feat, General Manager for West Africa, Oluwaseun Lloyd had this to say; “In every business today, you must have a thriving technological department. Here at Sony Music WA our business is strictly digital and we found a great candidate in Nnamdi Okafor to lead the digital department with his skill and passion. We wish him all the best in his new role as he takes us to greater heights.”

Still full of commendation for Nnamdi, Taponeswa Mavunga who is the Director of Africa at Sony Music’s UK office and has worked with Nnamdi on numerous artistes roll-out and launch campaigns said; “Nnamdi is a hands-on executive and his reputation in the digital space is exemplary. He is also a genuine music man with incredible relationships across the board. These qualities make him perfect for this new role and I’m excited for this next chapter.

Nnamdi was also presented with a Recognition Master award by the MD of SMEA at the end of year event in South Africa and has promised to not relent his efforts in delivering with astounding strides.