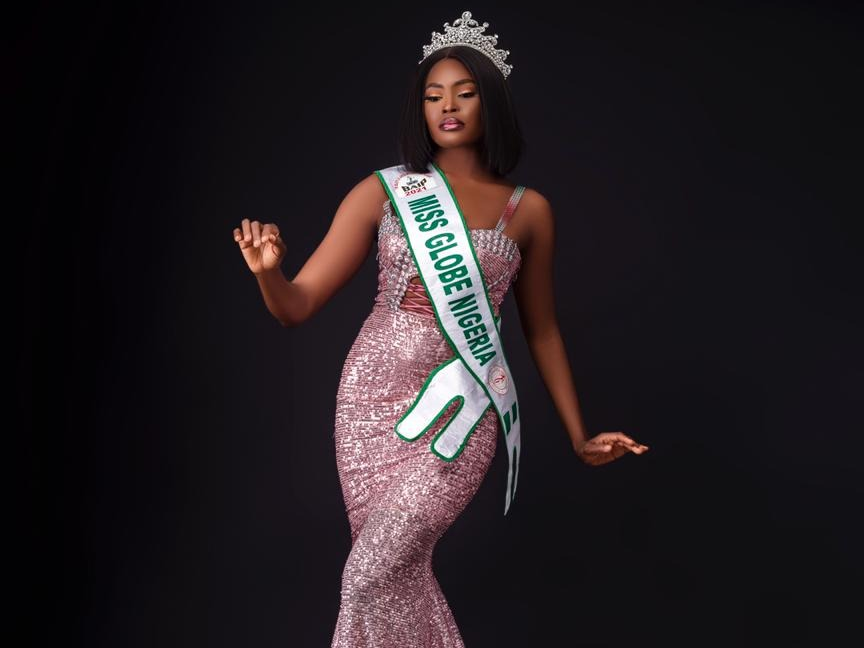 The Beauty of Africa International pageant (Baip) Organization, have officially announced Queen Gabriel Ogechi Esther who emerged 1st runner up in the 14th edition of the Baip 2021 Finals held in Yenagoa, Bayelsa State, as Nigeria’s representative at The Miss Globe 2021 World Finals, where delegates from all over the world will compete for the coveted crown.

The selection, according to the president of the pageant, Baip, Mr Daniel Opuene was reached after careful and due consideration by the board members of the organisation.

The Miss Globe World finals camping for the 48th edition of the competition kicks off on 20th October while the coronation holds two weeks after, 5th November, 2021 at the popular Opera Theater in Tirana City, Albania.

Queen Esther Ogechi is an undergraduate student of the University of Portharcourt, studying sociology and anthropology, also a serial entrepreneur. She’s an astute and passionate girl child advocate who has been involved in several humanitarian services.

The beautiful Abia state born model confirmed her appointment in a post on her Instagram page, pledging her loyalty to the brand and calling on brands and businesses to support her dream of bringing the Miss Globe crown home to Nigeria.