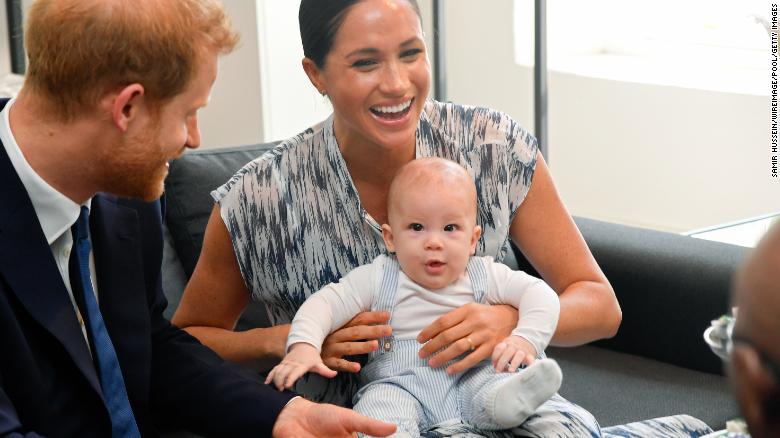 Meghan, Duchess of Sussex has given birth to a daughter, the second child for her and Prince Harry, the couple announced in a statement on Sunday.

“It is with great joy that Prince Harry and Meghan, The Duke and Duchess of Sussex, welcome their daughter, Lilibet ‘Lili’ Diana Mountbatten-Windsor, to the world,” the statement said.
“Lili was born on Friday, June 4 at 11:40 a.m. in the trusted care of the doctors and staff at Santa Barbara Cottage Hospital,” it said, adding that the new arrival weighed in at 7 pounds, 11 ounces (3.49 kilos) and that “both mother and child are healthy and well, and settling in at home.”
“Lili is named after her great-grandmother, Her Majesty The Queen, whose family nickname is Lilibet. Her middle name, Diana, was chosen to honor her beloved late grandmother, The Princess of Wales,” the statement added.
Baby Lili is a sister for the couple’s 2-year-old son, Archie Harrison.
In a message on their Archewell foundation website, Meghan and Harry said they had been “blessed” by their daughter’s arrival.
“She is more than we could have ever imagined, and we remain grateful for the love and prayers we’ve felt from across the globe. Thank you for your continued kindness and support during this very special time for our family.”
Buckingham Palace released a statement Sunday on the baby girl’s birth.
“The Queen, The Prince of Wales and The Duchess of Cornwall, and The Duke and Duchess of Cambridge have been informed and are delighted with the news of the birth of a daughter for The Duke and Duchess of Sussex,” it read.
The Prince of Wales and Duchess of Cornwall along with the Duke and Duchess of Cambridge tweeted their congratulations.
The US Embassy in London also congratulated the Sussexes, noting the news comes just in time for Father’s Day.

Harry and Meghan revealed they were expecting a girl during their tell-all interview with Oprah Winfrey, broadcast in March.
The newborn is the Queen’s 11th great-grandchild. She is eighth in line to the throne behind her grandfather Charles, uncle William, his three children (George, Charlotte and Louis), her father Harry, and big brother Archie.
Her birth in the United States makes her the most senior royal in the line of succession to have been born overseas.
It also makes her a dual US-UK citizen, meaning that the youngest Sussex could potentially go on to become US President when she grows up — while also being in line to the British throne.
Meghan and Harry kept the pregnancy as private as possible, speaking just a handful of times about their daughter’s impending arrival.
One of those occasions was for a pre-recorded message from Meghan for the recent Vax Live concert in May, which she and Harry co-chaired.
“My husband and I are thrilled to soon be welcoming a daughter — it’s a feeling of joy we share with millions of other families around the world,” the Duchess told the audience at the event, intended to promote Covid-19 vaccine equity and gender equality.
“When we think of her, we think of all the young women and girls around the globe who must be given the ability and support to lead us forward,” she said. “Their future leadership depends on the decisions we make, and the actions we take now to set them up, and set all of us up, for a successful, equitable, and compassionate tomorrow.” 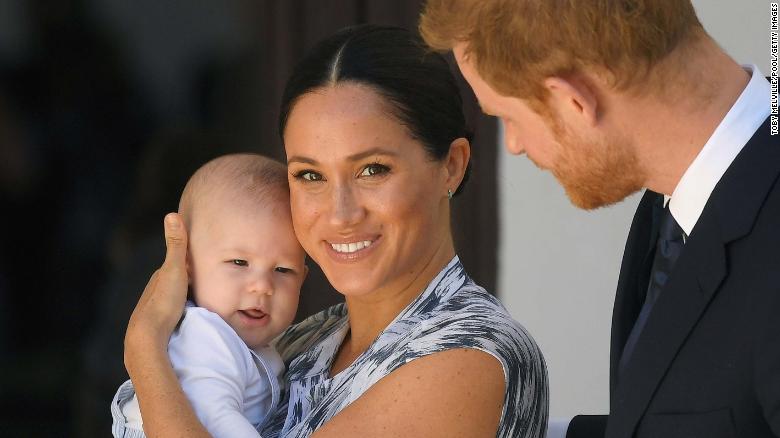 The royal couple announced back in February they were expecting an addition to their family, sharing a black-and-white snap of them gazing at each other, while Meghan cradled her baby bump.
The photo was shot by Misan Harriman, a Nigerian-born British photographer and friend of the couple, who took the picture remotely from his London residence.
The timing of their Valentine’s Day announcement likely held special significance for the couple, coming almost exactly 37 years to the day after Prince Charles and Princess Diana revealed that they were expecting their second child: Prince Harry. 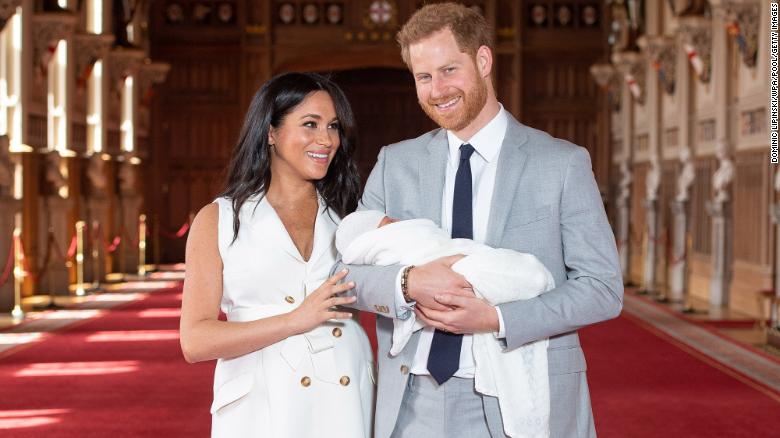 Meghan disclosed in an opinion piece for The New York Times that she suffered a miscarriage last summer.
Their newborn daughter is entitled to be a Lady from birth, but will likely not use the title.
When Archie Harrison was born in 2019, the Duke and Duchess opted to forgo titles and indicated they would not use his father’s second peerage title, the Earl of Dumbarton.
Neither of the Sussex children is currently eligible to use HRH titles, following the rules set out by George V in the 1917 Letters Patent. However, this will change when their grandfather Charles ascends to the throne.
As for the question of whether Archie and his baby sister will be joined by more siblings in the future, that doesn’t seem to be on the cards right now.
Harry revealed that he and his wife are likely to keep their brood limited to “two, maximum” while discussing the Earth’s dwindling resources with activist and chimpanzee expert Jane Goodall for a special edition of British Vogue last July.
Harry and Meghan were married in a lavish wedding at St. George’s Chapel in Windsor, England, three years ago.
They stepped back from their roles as senior working royals last year, relinquishing their HRH titles, and now live in Santa Barbara, California.
AUTHOR: Max Foster and Lauren Said-Moorhouse
DATE PUBLISHED: June 7, 2021
SOURCE: Edition.cnn.com
PHOTOCREDIT: Edition.cnn.com
Share. Facebook Twitter Pinterest LinkedIn Tumblr Email