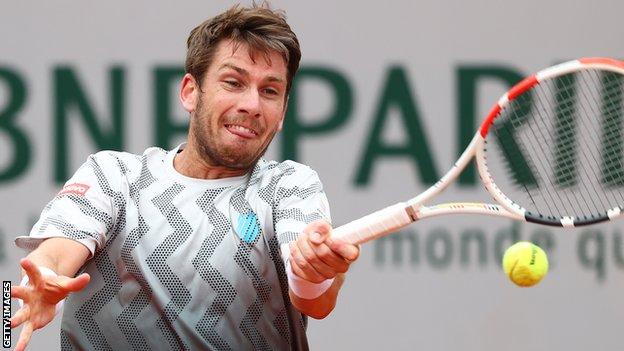 Cameron Norrie became the final British player to fall in the French Open singles as he was unable to create a seismic shock against Rafael Nadal.

Norrie, 25, pushed the 13-time champion in their third-round match, but the Spaniard’s quality proved too much.

Nadal beat Djokovic in last year’s final and the pair remain on course to meet in the semi-finals this time around after being drawn in the same half.

Norrie had previously played Nadal twice, both matches taking place this year – first at the Australian Open, then on the Barcelona clay – and both ending in straight-set defeats for the Briton.

Going into the third meeting, this time at the place where Nadal has been almost unbeatable, Norrie insisted he had “nothing to lose” as he tried to avenge those defeats.

The task was daunting, though.

Nobody in the history of the sport has been as dominant at one place as Nadal on the Paris clay, having won 102 of his 104 matches there on the way to his record 13 titles.

Even though the Spaniard turned 35 this week, he has been as dominant as ever as Norrie looked to end his streak of 29 winning sets.

That record was stretched further as the 20-time Grand Slam champion comfortably served out the opener after breaking decisively for a 4-2 lead.

Nevertheless, Norrie was undeterred and played at a good level as he threatened Nadal at the start of the second set.

The British number two broke for 2-0 and 3-1 leads, but was unable to back up either with a hold as Nadal rattled off the final five games of the set.

While trying everything and getting little joy out of Nadal, Norrie refused to become despondent but saw the third set slip out of his grasp with a single break in the fourth game.

Despite this defeat, Norrie will reflect positively on an impressive clay-court season where he won 16 matches and reached finals in Estoril and Lyon.

Nadal’s brilliance left Norrie unable to reach the last 16 of a Grand Slam for the first time, but there is comfort knowing he will go into Wimbledon as the home nation’s most in-form player. 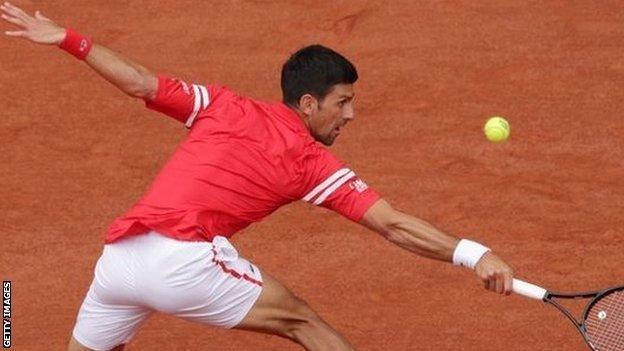 Djokovic, 34, has not dropped a set so far this week after seeing off Berankis 6-1 6-4 6-1 on Court Philippe Chatrier.

The 2016 champion, aiming for a 19th Grand Slam, took six of nine break points and did not face one himself.

Djokovic’s next opponent will be rising Italian teenager Lorenzo Musetti.

The Serb has played imperiously and intensely in his opening three matches, looking in prime condition after warming up for Roland Garros by winning a clay-court title in his hometown of Belgrade last week and finishing runner-up to Nadal in the Italian Open in his previous tournament.

Djokovic agreed his display against Berankis was “almost flawless”.

“I’m always my biggest critic and you can always do certain things better,” he told Eurosport.

“It couldn’t be much better than this, especially the first and third sets. I served well, moved well and made him play.”

Italian teenagers Musetti and Sinner through

Musetti, 19, is playing in the main draw of a Grand Slam for the first time and went through to the fourth round by beating compatriot Marco Cecchinato in an entertaining contest where the pair hit a combined 106 winners.

Two audacious winners from Musetti – a behind-the-back volley and a flicked lob after he scampered back to the baseline – were particularly special as he won 3-6 6-4 6-3 3-6 6-3 in his first five-setter.

Elsewhere, 10th seed Diego Schwartzman moved into the last 16 without having dropped a set this week.

The 28-year-old Argentine won 6-4 6-2 6-1 against German veteran Philipp Kohlschreiber as he looks to go even better than his appearance in the semi-finals last year.

Next up for him is Jan-Lennard Struff, another German, who knocked out talented Spanish teenager Carlos Alcaraz with a 6-4 7-6 (7-3) 6-2.

Italy’s Jannik Sinner, another teenager tipped to become one of the world’s leading players, booked his passage to the last 16 after winning 6-1 7-5 6-3 against Sweden’s Mikail Ymer.