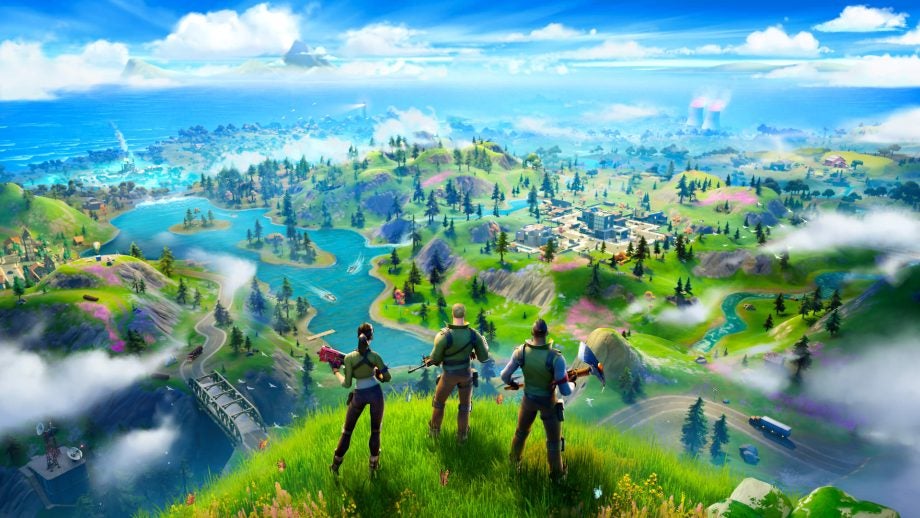 Fortnite has grown from a simple third-person shooter into a battle royale experience that has become an unmatched global phenomenon. After years in the spotlight, how is Epic Games’ juggernaut holding up?

Fortnite has grown into more than just a game. It’s become a metaverse, a digital space where players can come together to play, create and witness virtual events that continue to push forward what is possible in an online space.

Thanks to the battle royale shooter’s immense popularity, Epic Games has been able to push things further than anyone ever could, and it really shows. While it isn’t the genre’s strongest in terms of mechanical satisfaction, it makes up for that with sheer ambition.

It’s arguably been overshadowed by a divisive public reputation, but Fortnite remains one of the finest battle royale experiences on the market, and judging by its current trajectory, is poised to be so much more than that in the years to come. 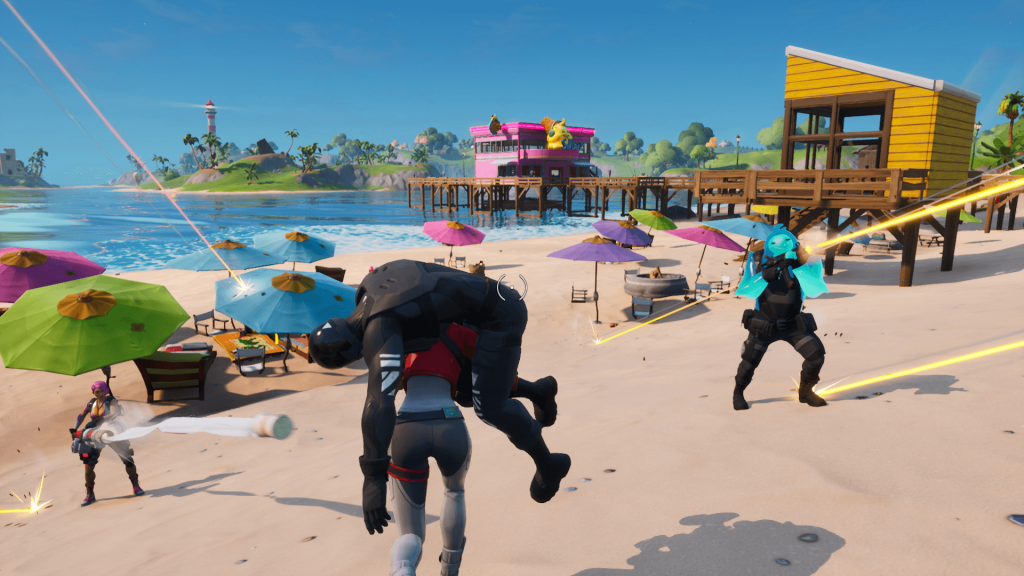 Fortnite began as a multiplayer shooter focused on narrative-driven modes where you and some friends fought against hordes of quirky enemies. It had a distinctive personality but failed to attract a wider audience. This all changed with the arrival of PUBG and the wider adoption of battle royale.

Epic Games saw an opportunity to twist their underwhelming shooter into a battle royale clone and grasped it, and it hasn’t looked back since. The first few months were very simplistic, the signs of a thrown together product rather obvious before millions of players began arriving, keen to master this addictive new formula.

It didn’t take long for Fortnite’s popularity to explode, with Epic Games introducing regular seasons and battle passes each with their own bespoke aesthetic, themes and approach to in-game storytelling. At the time, it was hugely innovative, pioneering ideas that are now adopted by some of gaming’s biggest names.

Its influence can be felt everywhere in 2020, which is a testament to how Epic Games has shaped and grown this curious experiment into something seeming unstoppable. Beyond all its seasonal updates and curious crossovers, battle royale still sits at the centre of Fortnite. After all these years, does the mixture of fast-paced gunplay and erratic building still hold up? 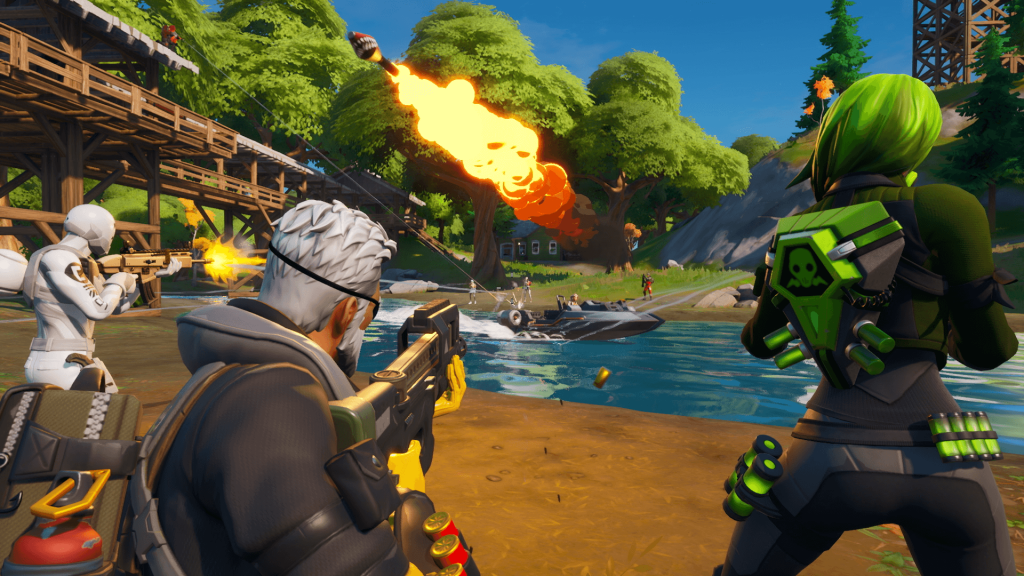 The current iteration of Fortnite is known as “Chapter 2.” Last year, the original map was sucked into a black hole alongside all its inhabitants, rendering the game unplayable for a number of hours. It was an unparalleled instance as millions watched and waited to see what happened to their favourite game.

What awaited was a new island, new mechanics and overhauled progression system which simply made the whole affair far more engaging. Before this, I hadn’t really given Fortnite a chance, opting instead to watch from afar as it grew into a cultural behemoth that became impossible to ignore. So I dived in, using the recent Travis Scott concert event as an excuse to see what I’d been missing.

To my own amazement, I was immediately smitten by the selection of modes on offer in the world of Fortnite. Battle Royale is the main draw – split into Solos, Duos and Squads. You drop onto an island and compete to survive against 99 other players. Your objective is simple, it’s the manner in which you achieve it, which really brings Fortnite to life.

You can act as a lone wolf, walking cautiously around the map collecting resources and avoiding any physical contact. This way, your only confrontation will be your last but could be the skirmish that earns a sneaky win. Alternatively, you can be a predator, aggressively gunning down everything in sight. 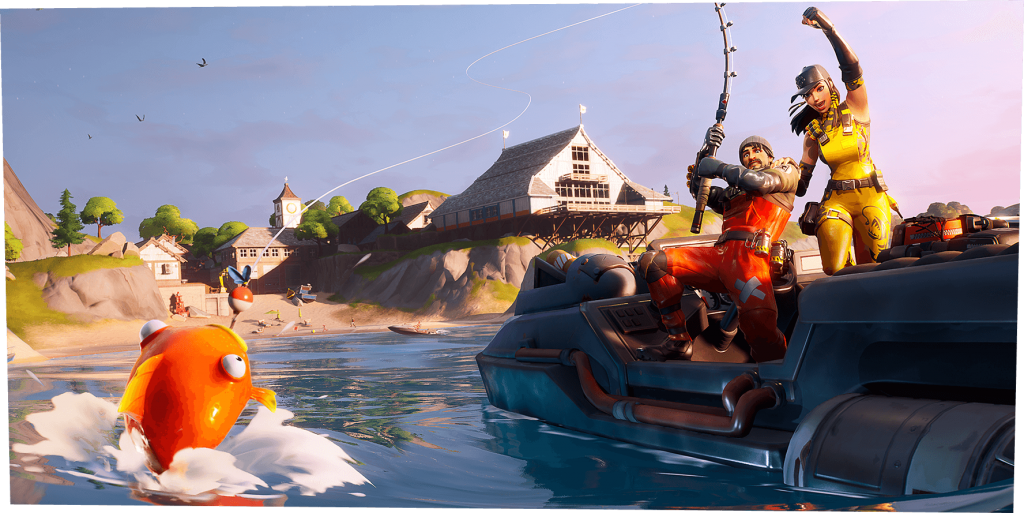 Such an approach is risky but wonderfully rewarding. I managed to kill 12 players in a single match before earning a victory royale and felt unstoppable. Squads and Duos are an easier bet for newer players since you’ll often be accompanied by veterans who are well versed in the island layout and building mechanics. In the final throes of battle, building becomes essential. If you can’t conjure up a structure within seconds, you’ll likely lose.

Building is the one major obstacle in the way of Fortnite newcomers. The hope of winning is diminished once you come across a player and/or squad with an ample supply of materials and architectural expertise. Practice makes perfect in situations like this, and you’d be better off honing your skills in non-violent training playlists before diving into battle royale hoping for a win. Such a skill divide is unavoidable but might be off-putting for new players.

Skill barriers aside, the moment-to-moment gameplay of Fortnite is frequently engaging. Previously quiet stretches between firefights are now brought to life by the extensive progression system. Nearly every action, whether you’re opening a chest or surviving to the next circle, is rewarded with experience. Given it’s free-to-play nature, it’s not a huge amount, but keeps the endorphins rolling to ensure you never feel unrewarded.

You’re always completing challenges, reaching new milestones and earning battle pass rewards, although the free variant is fairly sparse compared to the rewards associated with dropping V-Bucks on the paid pass. It’s more than worth the investment, and if you’re a regular player, you’ll likely reach the higher levels without even realising. 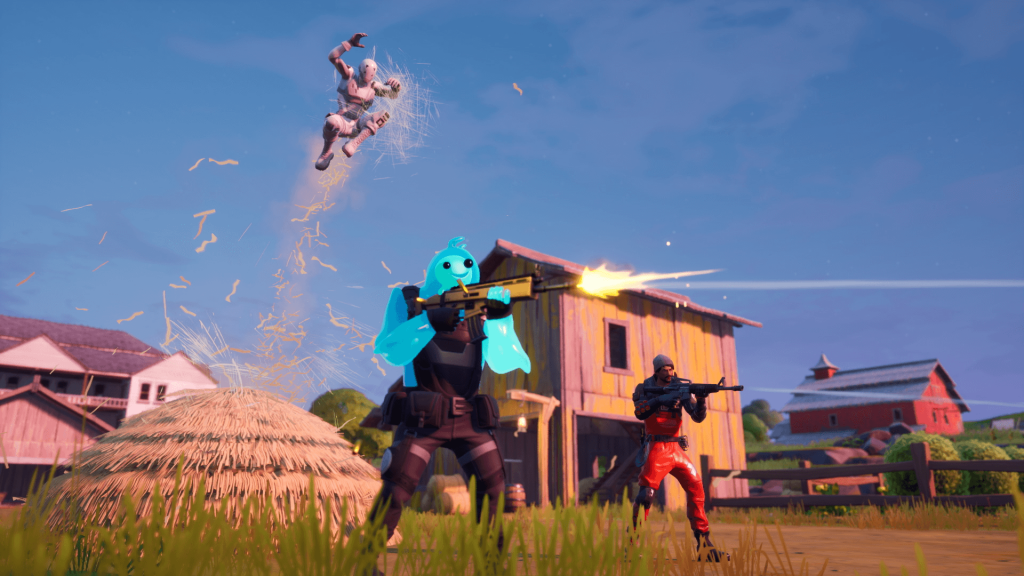 Fortnite Season 2: Chapter 2 has a secret agent theme, asking players to choose between two unique factions: Ghost and Shadow. This will determine the design of certain unlockable items alongside your respective team in a selection of modes. It’s a compelling twist on the seasonal format, fundamentally changing the nature of matches and how you interact with certain environments.

The Agency can be found in the map’s centre, filled with AI-controlled enemies who can be downed and used to unlock supply cases filled with rare loot. It’s a worthwhile excursion, but there’s always a chance you’ll encounter other players hoping to earn an easy loadout. Dynamic encounters that result from this are genuinely thrilling, and having to contend with real and virtual opponents adds an extra element of surprise.

I imagine things will change with the arrival of Season 3, but I hope Epic Games keeps strongholds filled with optional foes scattered through the map, offering objectives to complete that make each game far more than a battle for survival. It’s a nuanced pursuit of fun challenges, with victory royales being an added bonus if you find yourself fighting through to the end.

Other modes in Fortnite change regularly with new seasons and updates, offering limited opportunities to hone your skills at completing new objectives detached from the core experience. Much of the time these lack the depth of battle royale but are fun distractions despite this. They also steal liberally from other shooters, with Overwatch’s ‘Payload’ being pilfered shamelessly in a recent limited-time mode.

Its occasional moments of creative bankruptcy aside, Fortnite pushes the boat out enough to truly stand on its own. Virtual events such as the Travis Scott and Marshmello concerts have brought millions of players together to watch epic performances in the realm of Fortnite, all tuning in at once for a single moment of extravagant artistry.

Epic Games will undoubtedly lean into this aspect of Fortnite further in the years to come with Marvel, Star Wars and DC being just a few of the licenses wanting a slice of the battle royale pie. I just hope they don’t forget about the game at the centre, without which none of this would be possible.

Fortnite is a battle royale phenomenon no matter how far you slice it, evolving from an underwhelming third-person shooter into one of the biggest and most recognisable brands on the planet. Epic Games has achieved something truly special here, and I’m eager to watch its growth go even further.

Compared to the likes of Apex Legends and PUBG, it’s certainly lacking in mechanical complexity and satisfying combat, but the ambition that lies within its sprawling metaverse help it stand proudly alongside the genre’s big boys.