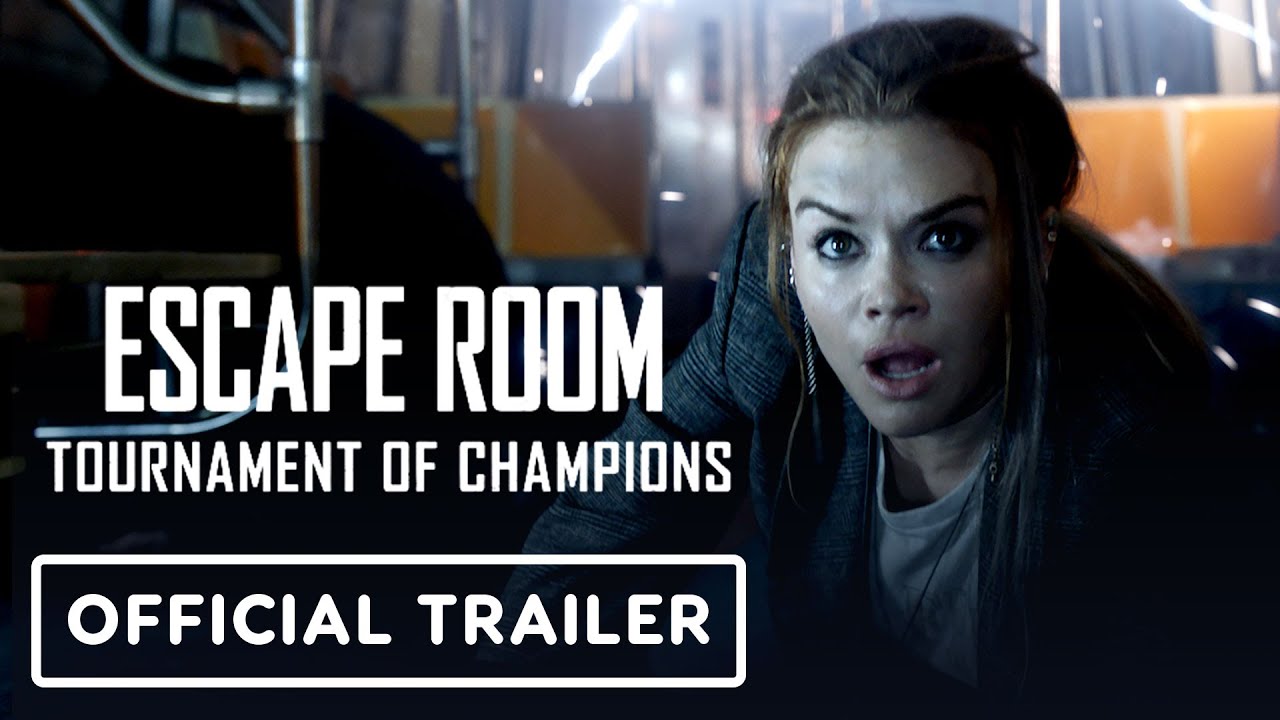 Sony has revealed the first trailer for Escape Room: Tournament of Champions. This is a sequel to 2019’s Escape Room, which turned out to be quite the hit for the studio. As is almost always the case in the world of horror, plans for a sequel were quickly hatched. Now, we have our first good look at the follow-up, which once again sees a group of strangers having to survive a series of deadly rooms. Only this time, we’re going to follow a group of people who have already had to survive a similar deadly game and escaped with their lives.

Escape Room 2 is broadening the concept introduced in the first movie. As it turns out, many of these games have taken place at various points. The group we’re following in the sequel all had to play once before. Now, they are thrown back in the mix and are forced to compete against other former winners. It’s almost like a version of The Hunger Games centered around deadly puzzles.

The first Escape Room sees an invitation bringing six strangers together. They initially believe they have gathered for a highly immersive escape room. They soon discover that they have become pawns in a sadistic game of life and death. They move from one deadly game to the next as they find clues and solve puzzles. For obvious reasons, most of the cast from the first movie will not be returning for the follow-up. However, Taylor Russell and Logan Miller will be reprising their roles.

Escape Room: Tournament of Champions centers on six people who unwittingly find themselves locked in another series of escape rooms. They slowly learn what they have in common to survive while discovering that they’ve all played the game before. New cast members include Indya Moore (Pose), Holland Roden (Teen Wolf), Isabelle Fuhrman (Orphan), Carlito Olivero (Bad Samaritan), Thomas Cocquerel (In Like Flyn n) and James Frain (The Tudors).

Adam Robitel returns to the director’s chair for the sequel. He is working from a script by Will Honley (Bloodline), Oren Uziel (The Cloverfield Paradox), Maria Melnik (American Gods) and Daniel Tuch (Hand of God). The story was cooked up by Honley, Christine Lavaf (Invincible) and Fritz Bohm (Wildling). Melnik worked on the first movie’s script alongside Bragi F. Schut. Some of Robitel’s other credits include The Taking of Deborah Logan and Insidious: The Last Key.

Made for a reported budget of just $9 million, Escape Room managed to scare up a truly impressive $155 million at the box office worldwide. The sequel has had its release date shifted around several times as a result of the pandemic and theaters being closed for much of 2020. Sony Pictures recently opted to move the release date up by a full six months to capitalize on the summer movie season, rather than wait until January of next year. Recently, movies like Godzilla vs. Kong have shown that movies can indeed make big bucks at the box office again. Things will only improve as the months roll on. Escape Room: Tournament of Champions is set to hit theaters on July 16 from Sony Pictures. Be sure to check out the new trailer for yourself.