Things are great for lower-skill players right now, but realistically, Trials of Osiris is still slightly broken in Destiny 2. Luckily, Bungie is already on the case. 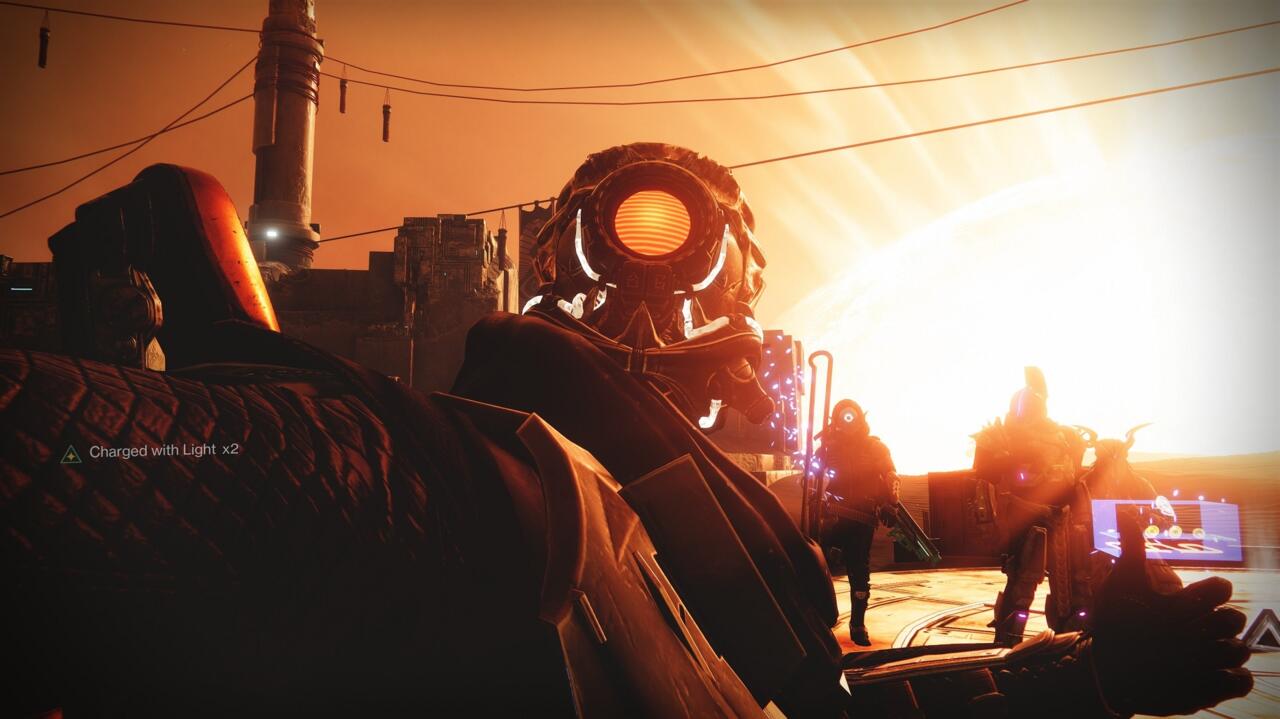 Last week saw the relaunch of the Trials of Osiris in Destiny 2’s Season of the Lost, which has been drastically improved by Bungie’s recent changes to how it works.

For years, even with some recent tweaks to make it more rewarding, Trials was an exclusionary mode that drove away lower-skill players because it was so dominated by higher-skill ones. If you wanted to play some sweaty multiplayer matches and get stomped for your trouble, you jumped into Trials–but that’s not the case anymore.

Still, the first weekend of the Trials of Osiris identified one glaring weakness in the mode that’s antithetical to what it’s supposed to be. Loathe as I am to suggest a tweak to Trials that will make it more difficult for average players like me to “go Flawless” and reach one of Destiny 2’s highest peaks, it’s something that makes Trials unfair. That weakness is the ability to see that the people who are matching into your game aren’t on a team, but rather, queuing in solo, and it needs to change.

Since its inception back in Destiny 1, Trials was a top-tier competitive multiplayer event that was, essentially, the toughest PvP challenge you could take on. Up until now, you could only play the mode if you had a custom-made team that included two other people. The goal in Trials is to win seven matches of Destiny’s Elimination mode–where you only get one life and your teammates have to revive you to keep you in the fight–without losing. Doing so is considered a “Flawless” run and earns you special guns and mods you can’t get anywhere else in the game, to say nothing of the bragging rights that come with it. There’s even a special social space, the Lighthouse, only available to Trials winners.

With the relaunch of Trials in the Season of the Lost, however, Bungie has made some drastic changes, all of which invite more people to play the mode than ever before. New anti-cheat software is knocking out offenders who would make Trials into an incredibly frustrating slog, and a new rewards system provides tons of good loot just for participating in the mode. Trials now only tracks wins and ignores losses, so the mode doesn’t penalize you for getting pummeled. And perhaps most importantly, you no longer need a full team of three players to access the Trials mode–it now supports matchmaking, so you can jump into Trials by yourself or with just one other player.

The option to play Trials without scheduling a session with friends and still earn useful, powerful loot has made the mode way more fun, and seriously increased the number of people playing it in its first weekend back. That’s a massive victory for Bungie, because Trials was previously a portion of the game most players ignored. With so many of the best players in the game wanting to prove themselves in Trials, making any progress in the mode was tough for average players, and many abandoned it. These new changes, and matchmaking especially, have reinvigorated Trials and broken down a lot of the barriers that kept players out. That’s why it’s so important that Bungie fix this one last issue (and great that it has already acknowledged that it will soon do so), because it again allows for better players to prey on weaker ones, and it could result in people once again deciding that Trials isn’t worth the effort.

Currently, as you’re loading into matchmade activities like the Trials of Osiris, an on-screen counter shows how many people are in your match, displaying the game’s progress in pairing you with opponents. By watching that counter, you can intuit when people who are not in a full group of three are matched with you. Smart squads–including my team, which went Flawless this weekend–immediately saw this as a way to game the Trials system. They’d cancel the matchmaking process when they saw they were facing a full, pre-made team of three, and instead opt into matches where at least one player had queued in alone. 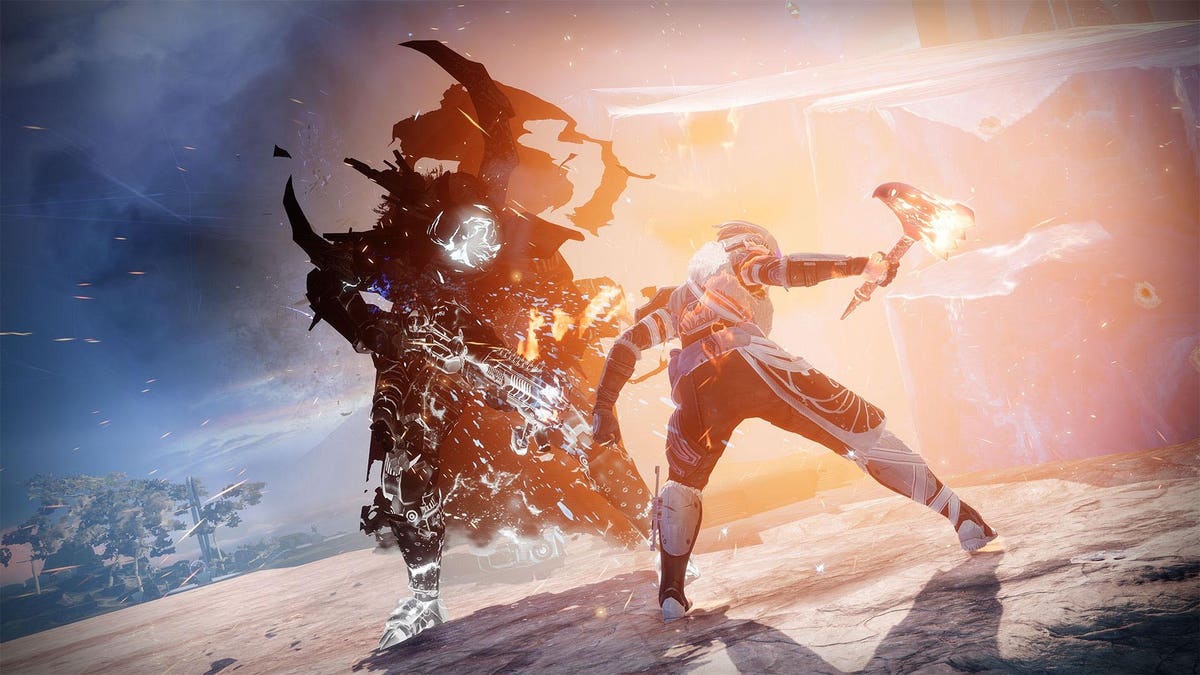 The advantage you get as a pre-built team of three can be tremendous. If you’re playing Trials as a team, you already know and trust your teammates and have a sense of how they play and how you should play with them. You’re also most likely communicating with each other in a voice channel or something like a Discord server. That makes your chances of beating a group with solo players much higher, since they don’t know each other and likely aren’t communicating. Just the ability to tell each other where the enemy is and what they’re doing helped us to win a whole lot of rounds during this first weekend, because we were able to share intelligence and change tactics.

And while I appreciated this advantage to an enormous degree–I’ve been getting pummeled in Trials for years, and visiting the Lighthouse this weekend was huge for me as a long-time Destiny fan but a middling PvP player–I recognize that it’s not fair. It’s great that Bungie has added matchmaking to Trials because it opens it to more players, regardless of their skill level. But it’s antithetical to how the Trials of Osiris is supposed to work, and the challenge it’s supposed to impose, to allow teams to go on their quest for a Flawless run by hunting down solo players.

I think Bungie has the right of it that you should still face solo players if you’re a team of three, because any changes that make the Trials of Osiris field less homogeneous and the battles more fair are good. This weekend felt great because we had a variety of Trials experiences; sometimes we hit tough teams, sometimes we were rolled by a coordinated group, sometimes we were absolutely dominant, and sometimes even battling a squad of solos came down to the wire. Essentially, though, winning didn’t feel impossible, and matchmaking was a big part of the equation that made that happen. Win or lose, Trials now respects the time you put in, and the opportunity for more than just the best of the best to go Flawless makes the mode more fun for everyone.

But Trials has had a history of good players finding ways to exploit weaker ones, and that’s what the solo queuing trick is: an exploit. It takes away from the spirit of the Trials of Osiris, and it makes playing the mode unfairly harder on those who opt-in without a full team. Elements like this one are why Trials struggled in the past to begin with–it made the mode unfun to play if you weren’t already the best and if you didn’t have a couple of PvP-fanatic friends to boot.

The good news is that Bungie is already aware of the issue, and in its latest This Week at Bungie blog post, it mentioned that the counter will be invisible in future Trials sessions starting on September 24. Already we’ve glimpsed a Trials of Osiris that’s more fun and more worth playing than it’s ever been, and this change is in keeping with that. To keep a Trials that is both accessible to normal players and representative of a top-tier challenge, the ability to exploit matchmaking so that you only queue against solo players has to go. It’ll be sad for us middle-of-the-road squads, but ultimately, it’ll help make one of Destiny 2’s most unique and exciting activities even better.