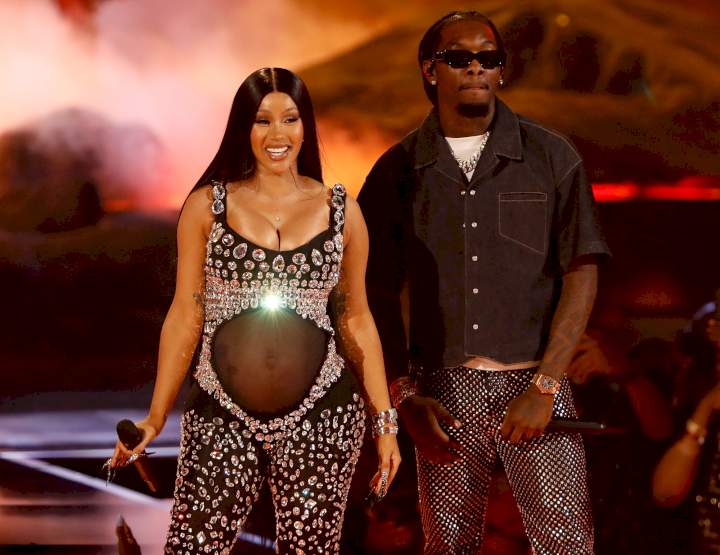 Singer Cardi B announced that she is pregnant with her second child during a live performance with Migos at the BET Awards in Los Angeles.

After the Migos trio finished “Straightenin” at the event on Sunday June 27, Cardi joined the group for “Type S–“. 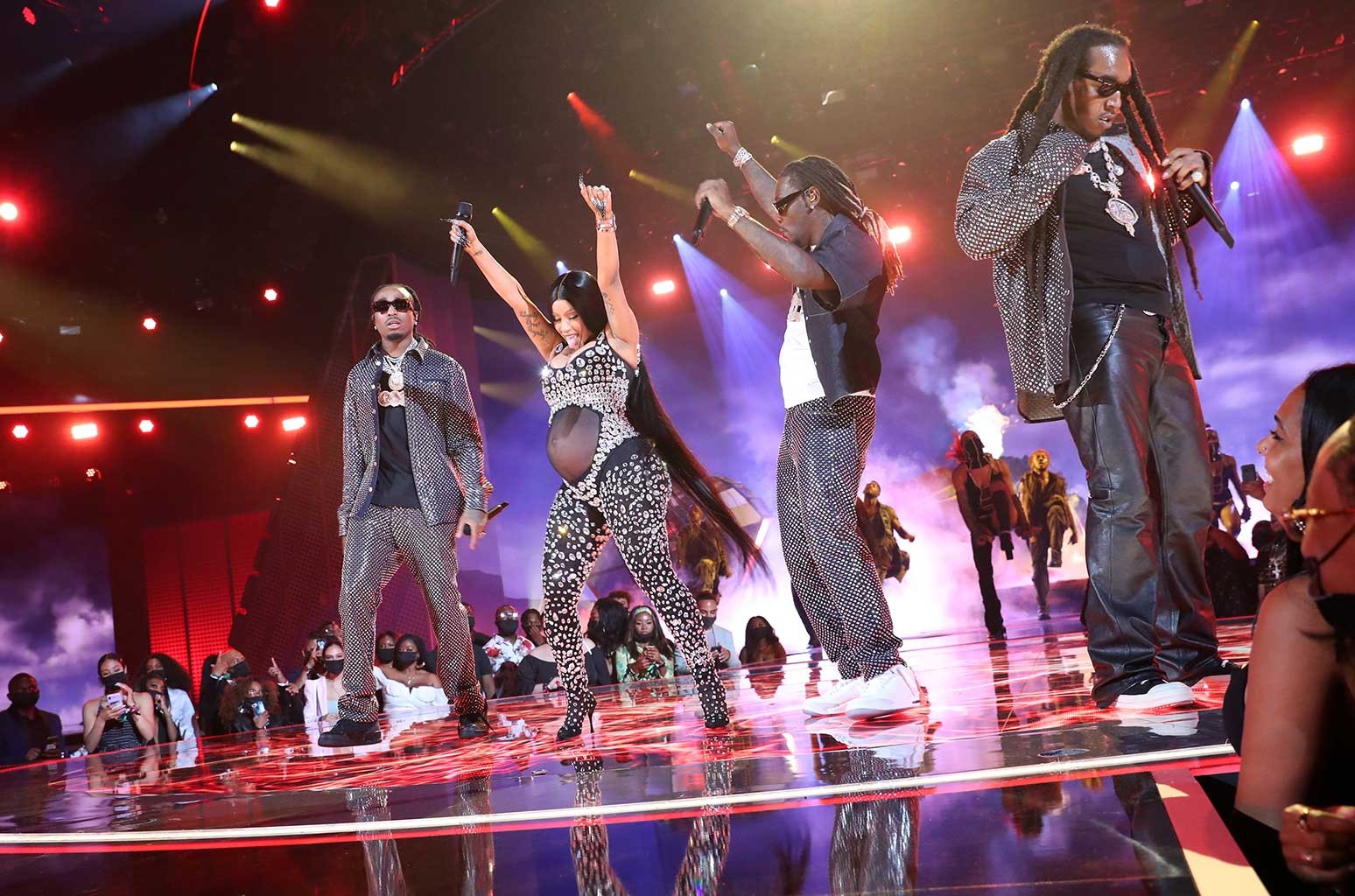 She appeared on stage in a black bodysuit adorned with rhinestones, a sheer panel in the abdomen exposed Cardi’s burgeoning belly. Cardi also shared the news on Twitter following the performance. 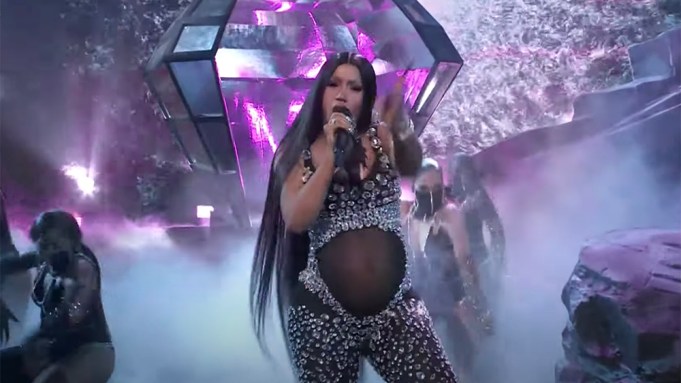 Cardi B and Offset secretly married in 2017 before splitting up in 2018 after she gave birth that same year. The two have had an on-and-off relationship ever since. The couple are already parents to daughter Kulture Kiari, who turns 3 in July. Offset, 29, is also dad to daughter Kalea, 6, and sons Kody, 6, and Jordan, 11, from previous relationships.

Sharing the news on Instagram, Cardi B captioned the photo she shared; 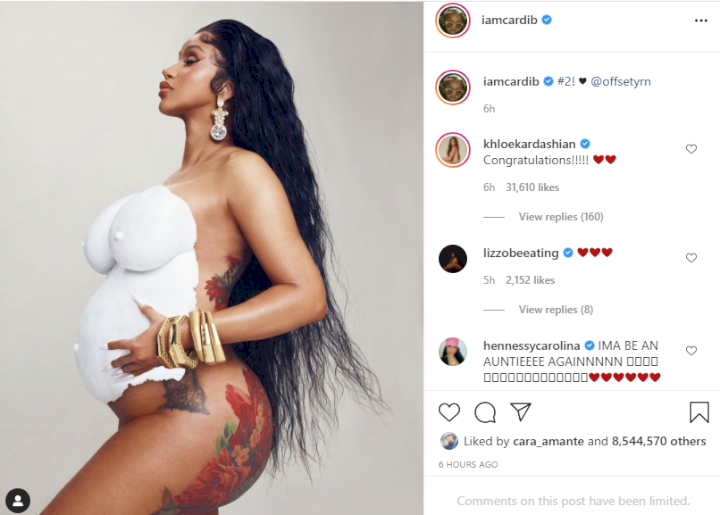