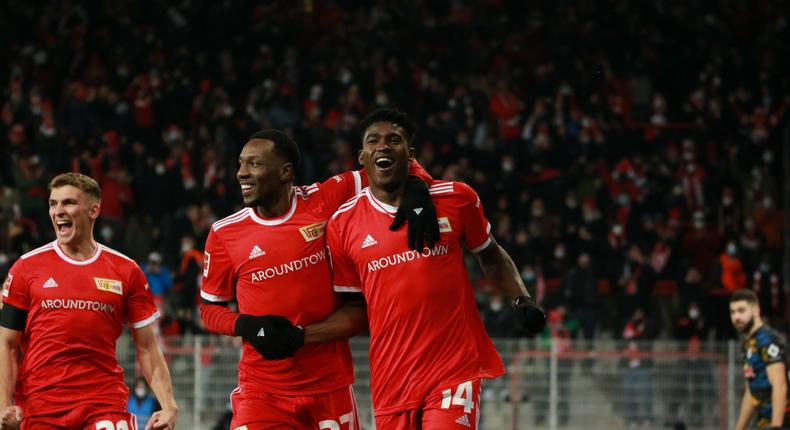 Taiwo Awoniyi has scored more Bundesliga goals than anyone in Union Berlin history.

Nigeria’s Taiwo Awoniyi has continued to show he is one of the best forwards in Germany following another successful outing for his modest club Union Berlin.

Berlin made an immediate return to winning ways after a 2-1 win over RB Leipzig at home on Friday inspired by goals in either half from their Super Eagles forward, Awoniyi and Timo Baumgartl. 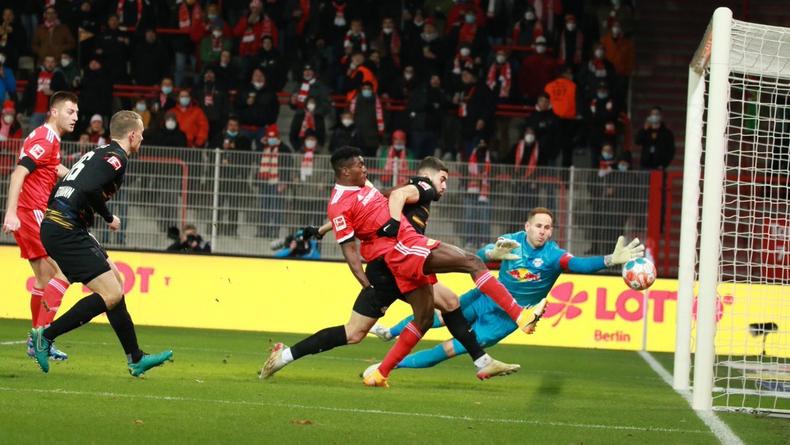 The 24-year-old, who played for 80 minutes, opened the scoring as early as the sixth minute after he reacted quickest to a header, off a Julian Ryerson’s cross, from the impressive Baumgartl following a short corner, to poke home from a very tight angle.

Awoyini could have added a second five minutes later but wasn’t as composed as he was in the first when he failed to connect with an excellent low cross from wide forward, Sheraldo Becker.

The goal was his ninth of the campaign in the season, with Bayern Munich’s Robert Lewandowski and Erling Haaland of Borussia Dortmund the only players to have scored more Bundesliga goals this season. 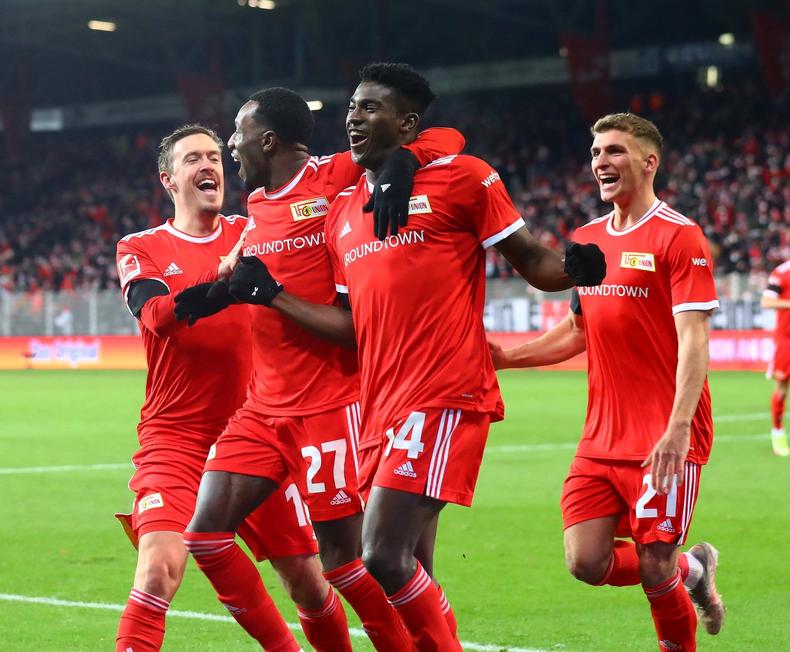 Taiwo Awoniyi celebrates his 9th Bundesliga goal with his teammates.

He has now extended his Bundesliga record for the club to 14 goals, with his nine goals this season the most by any Union Berlin player in a single season.

The Berliners, who switch attention to the Europa Conference League next, have now moved up to fourth on the Bundesliga table, eight points behind leaders Bayern.