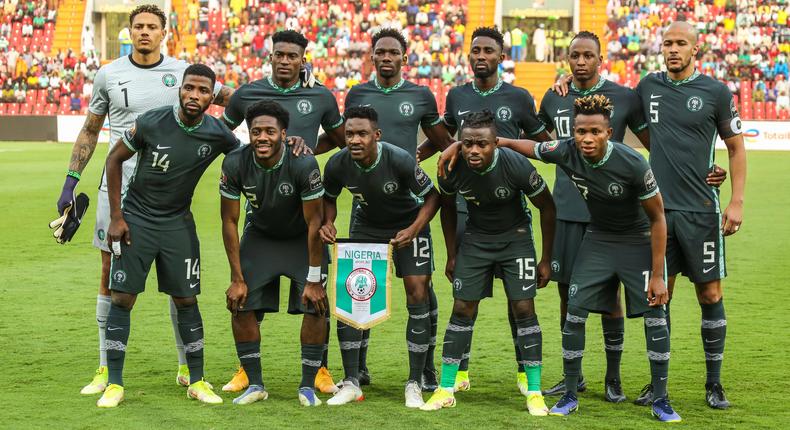 The Super Eagles of Nigeria will face the Carthage Eagles of Tunisia in the Africa Cup of Nations (AFCON) round of 16 stages on Sunday 23 January in Garoua.

Augustine Eguavoen’s men were dominant in Group D. Winning all their three group games to clinch the top spot in Group D.

The three-time African champions have scored six goals and conceded one goal since their campaign at AFCON began.

Tunisia only qualified for the knockout stage as the best losers in their group behind Gambia and Mali.

With some players out with COVID-19, including key playmaker Wahbi Khazri, the Tunisians would not be relishing the clash with the Super Eagles.

The last time both teams met at the AFCON was in Egypt, where the Super Eagles claimed the bronze medal.

The quarter-finals kick off at 8 pm on Sunday.