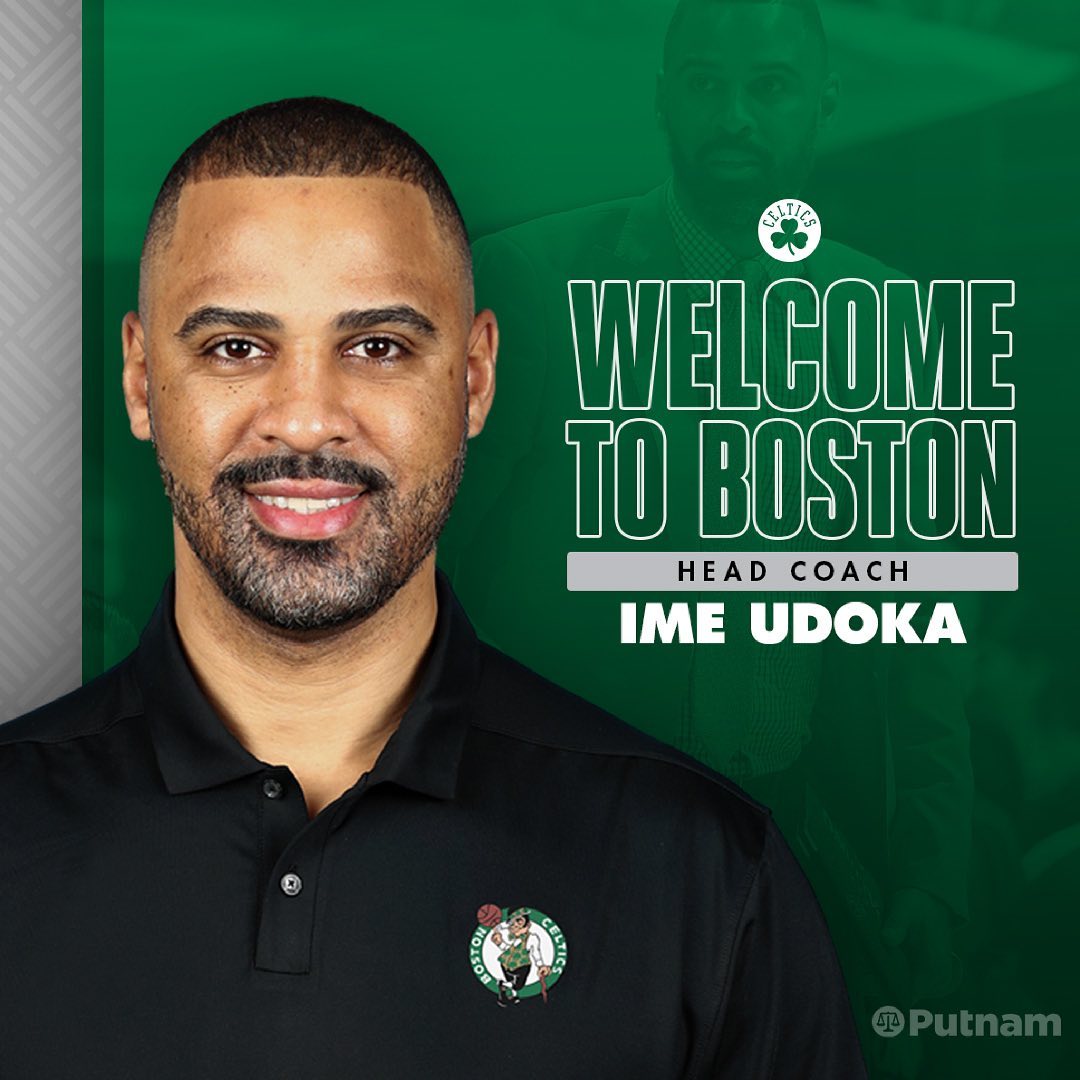 Ime Udoka’s father is of Akwa Ibom descent. He played for the Nigerian national team at the 2006 FIBA World Championships. Mfon, his older sister, used to play in the WNBA. His mother, who died in late 2011, was an Illinois native.

He is engaged to Nia Long, who featured in films such as “Boyz n the Hood,” “Soul Food,” and “The Best Man” and as Will Smith‘s girlfriend-turned-fiancée on “The Fresh Prince of Bel-Air.” They welcomed their first child, Kez Sunday Udoka, in November 2011. In May of 2015, the couple announced their engagement.

“I would like to welcome Ime, Nia, Kez and Massai to the Boston Celtics. Among the many outstanding qualities that Ime brings to the table are his character, humility and competitiveness. He has a relentless work ethic and a vast array of experiences as a player and coach,” said Brad Stevens, president of basketball operations for the Boston Celtics in a statement. “He’s a leader that is warm and demanding, and we are so excited that he has chosen to join us in pursuit of Banner 18.”

Although the details of the agreement were not published due to team rules, Ime Udoka, a seven-year NBA veteran, adds nine years of assistant coaching experience to his new position.

According to the announcement, he joins the Celtics after spending the last nine NBA seasons as an assistant coach with the San Antonio Spurs (2012-13 to 2018-19), Philadelphia 76ers (2019-20), and Brooklyn Nets (2020-21). (2020-21). Udoka’s teams have qualified for the playoffs all nine seasons, with one of those years culminating in an NBA championship (Spurs, 2014). In 2018, he served as an assistant coach for Gregg Popovich and the USA Basketball Men’s National Team and his NBA coaching expertise.

During his playing career, he was a member of the Nigerian national basketball team.

“It’s an honor to be a part of the historic Celtics franchise. Coaching this talented roster and working alongside Brad makes it an ideal situation,” Udoka said in the official announcement. “I’d like to thank Wyc, Steve, and Brad for entrusting me with this opportunity. I look forward to getting started right away.”

Nia Long, who is ecstatic about her partner’s new position and has been a huge supporter of Udoka’s efforts in the league, came to her Instagram page to express her heartfelt support.

“Today you are officially the Head Coach of the Boston @celtics big love to the entire staff for the warm welcome,” Nia Long wrote. “I am beyond proud of this man. Expect great things because that’s what he does.”