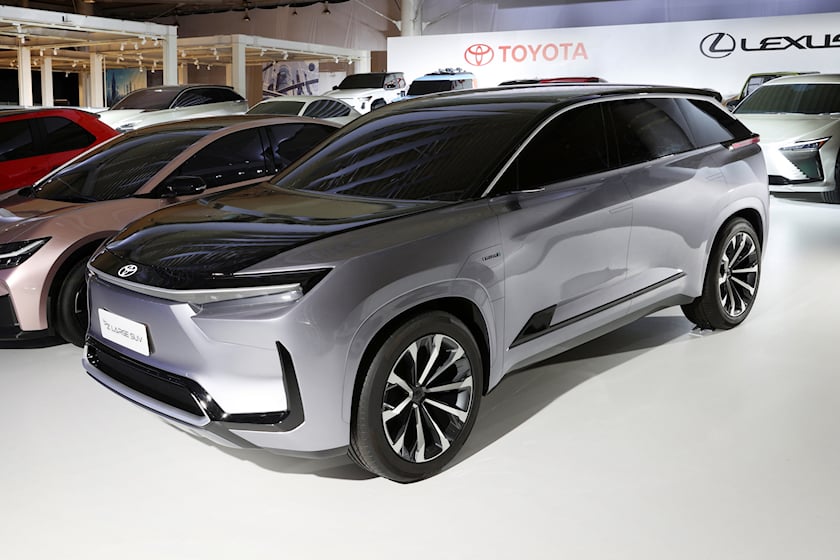 As part of Toyota’s plan to launch at least 15 BEVs globally by 2025, the manufacturer recently presented a host of new battery-electric vehicles that will form part of the bZ lineup. The ‘Beyond Zero’ range will be built on a dedicated battery-EV platform, and while we’ve only been introduced to the bZ4X recently, there are new images of a larger, three-row sibling, likely to be called the bZ5X. With a similar striking, futuristic design, the one-size-up bZ5X is likely to offer a spacious cabin with improved legroom over the bZ4X.

No official information has been released yet, but based on pictures and what we know about the smaller bZ4X, it’s safe to assume the BZ5X could be offered in single- and dual-motor options with upwards of 200 horsepower. Batteries on the larger EV should allow for at least 200 miles of range, considering the bZ4X has a claimed range of 250 miles. We assume a standard FWD configuration, with AWD as an option. Although we’re yet to catch a glimpse of the interior, it’s likely to follow the same design as the bZ4X, with similarly-equipped trim levels, too. While we wait for confirmation from the manufacturer as to a launch date, we hope to see the bZ5X arrive for the 2024 model year.